Well, I was just playing my DS Lite these days and when I opened more the top screen it suddenly turned withe and with a lite dots in some places. I tried to take it back to the position it was before but it kept white. The other day I tried again. It was still withe, so I decided to play a game that only needs the touch screen, Mario vs. Donkey Kong: Mini Land Mayhem.
I was playing it, when suddenly the top screen showed up again. I moved it and it didn't became white at all.
On the other day I tied it again, and it was all white again, no matter how I moved to top screen.

So, any clues to the reason that happened? 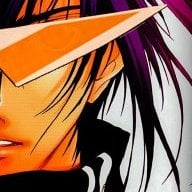 i don't really understand what your trying to say, but i take it you bent your top screen too much and now its a white screen. Chances are you damaged the top screen, you'll have to get a new one and change it or send it to Nintendo to get it repaired.
E

Let me explain it better.
I was playing the DS with the top screen at a certain angle.
I bended it to another position (When the top screen is straight) and the screen turned white. Like this:

Sorry about the crappy drawing

Anyway, I tried the simulate on Photoshop how the screen became after I bended it.
The clock pointers can be only seen at a certain angle and it keeps moving.

Anyway, on the other day I was playing it and suddenly, without me bending it or even move, the screen turned back on. And I bended it to every position and it kept on.

But, in the next day the screen turned all white again.

I though that I could have damaged the screen because this happened one week after I dropped it for the first time.
But then the screen turned back on and I though it could be something else.
L

Had same issue wtih my DSL after fixing it. you could have damage the cable going to the screen or it is being pulled out of the system board. I just fixxed by putting in paper behind the cable so the cable stays in the connector

Hacking why is wiimmfi not working?