Hacking Supercard Lite/SD/miniSD, which one?

I am planning to get a slot 2 card to play GBA roms (Slot 1 is DSTT) and Supercard seems to be a good choice. however, the are just too many models to choose from. So based on the features, which one is the best? I took a look at the comparison chart here http://forum.supercard.cn/viewthread.php?t...;extra=page%3D1 and it says that SC Lite and SC SD are pretty much the same. Also, what is that "battery" thing that miniSD has?

I want a SC that can at least:
1. Link the GBA rom with the DS roms on the DSTT.
2. Save directly to sd card so as not to lose my save game and I will also be able to play it on VBA.

Any help would be really appreciated.

PS: Will SD and MiniSD run on a GBA SP, too? 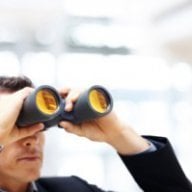 The first question is, on wich handheld would you like to use the supercard. A NDS, NDS Lite or GBA.

You can play GBA Roms only on the normal versions of the cards, the Rumble Versions only play NDS Roms.

For a DS lite I would recommend a Supercard lite, it can do all the things the normal Supercard can, but its as big as the DS lite GBA slot is and you need a SD card.

The Supercard SD and the Supercard Mini SD both have Batterys to save your current save data. I think the Supercard lite hasn't this Battery, but all three cards save your savegames first on their batterys or something similar and at the next start they load the savegame on your SD card.

I don't know if the Supercard can link its GBA roms with NDS roms, but you can use your VBA savegames on the Supercard and vice versa. The only bad thing is, that you must patch your roms first yo use them on the Supercard, but its quiet easy. All the patchers and s.o. you can find on eng.supercard.cn or i think they are in the gbatempm downloads database, too.

If you plan on playing GBA ROMs Supercard should be your last choice. GBA ROM Compatibility is only soso - nearly all games play, but a lot of them have speed issues due to slow RAM.

Better get a EZ-Flash 3-in-1 if you already have a Slot-1 card, it's much cheaper and has a lot of homebrew support.

Andytoxic said:
The Supercard SD and the Supercard Mini SD both have Batterys to save your current save data. I think the Supercard lite hasn't this Battery, but all three cards save your savegames first on their batterys or something similar and at the next start they load the savegame on your SD card.
Click to expand...

Not quite. The miniSD is the only one that has a battery, but it's really not all that useful. In order for saves to be backed up permanently, you must use the button combo to send the updated SRAM to the *.sav file. It doesn't do anything automatically on the next bootup. In theory, with the miniSD you could turn off the GBA and come back to the same game later without having to use the button combo, but I wouldn't trust this all that much. Besides, if you load a different game without using the button combo, the SRAM will be cleared and you'll lose your data. Thus, even with a miniSD you still want to manually use the button combo every time you save.

As for the original question, as far as I know the only way for you to link DS and GBA games with a DSTT is with the 3in1. If you got a Supercard, the DSTT would not be able to recognize it as any particular GBA game because the Supercard must load the game into RAM first, and the DSTT has no way of doing this. You could use the SCDS menu on the DSTT using the Tripple Loader, which would probably let you load the GBA game to the slot-2 Supercard's RAM, but I don't think you'd have any way of launching the DS game then. Unless you can switch back to the DSTT menu and launch it that way... I'm not really sure about that actually.

If you're still going to get a slot-2 Supercard, get the non-Rumble version. After that it's a matter of form factor. The SD sticks out slightly on a GBA and DS Phat, the miniSD sits flush in a GBA and DS Phat, while the SC Lite only fits the DS Lite.

C
Misc Others What should I install on my DSTT card?