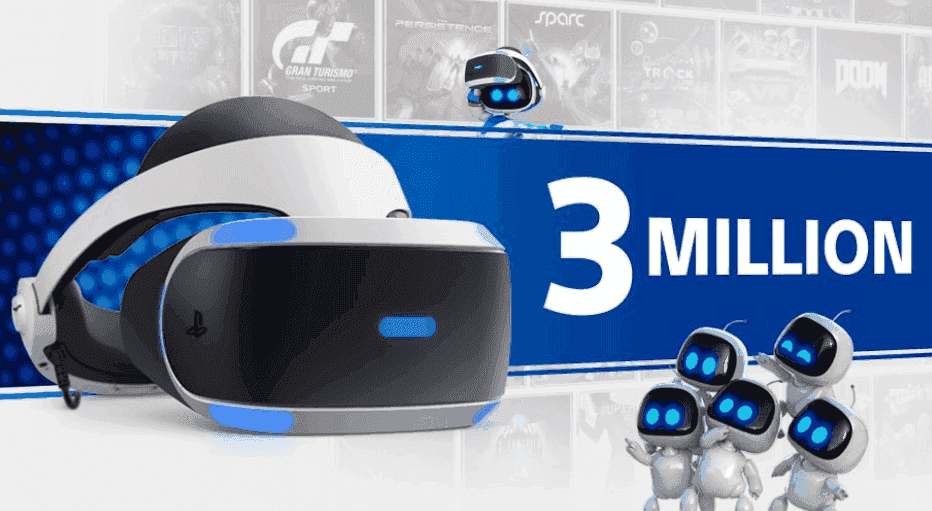 Launched in 2016, the Playstation 4's VR peripheral has reportedly sold over 3 million units to date according to a blog post today on Playstation Blog. Along with the PS VR, 21.9 million PS VR games and experiences have been sold with the top 10 most-played titles being the following:
At the time of writing, the PS VR's catalog boasts nearly 340 games and experiences with titles like Astro Bot Rescue Mission, Blood & Truth, Déraciné and Firewall Zero Hour to hit the platform in the coming months.

To celebrate the milestone, Sony announced the launch date of two new games to enter the PS VR's growing lineup: 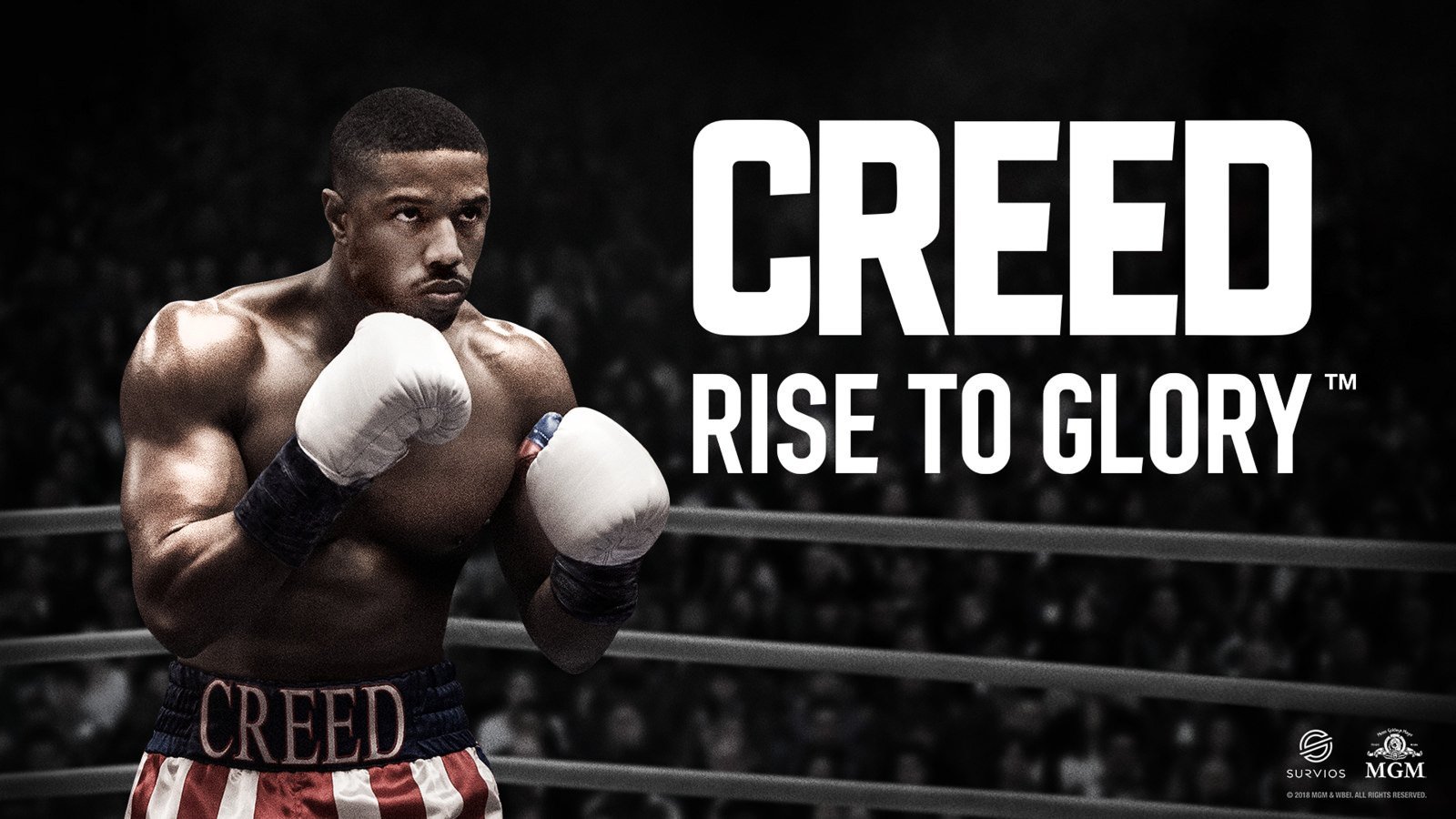 Jump into the ring with a premier VR boxing experience from Survios that puts you in the gloves of Adonis Creed on his journey from an underground amateur to a spotlight champion. Creed: Rise to Glory hits PlayStation VR September 25. Pre-orders begin today at 8am PT.
Click to expand... 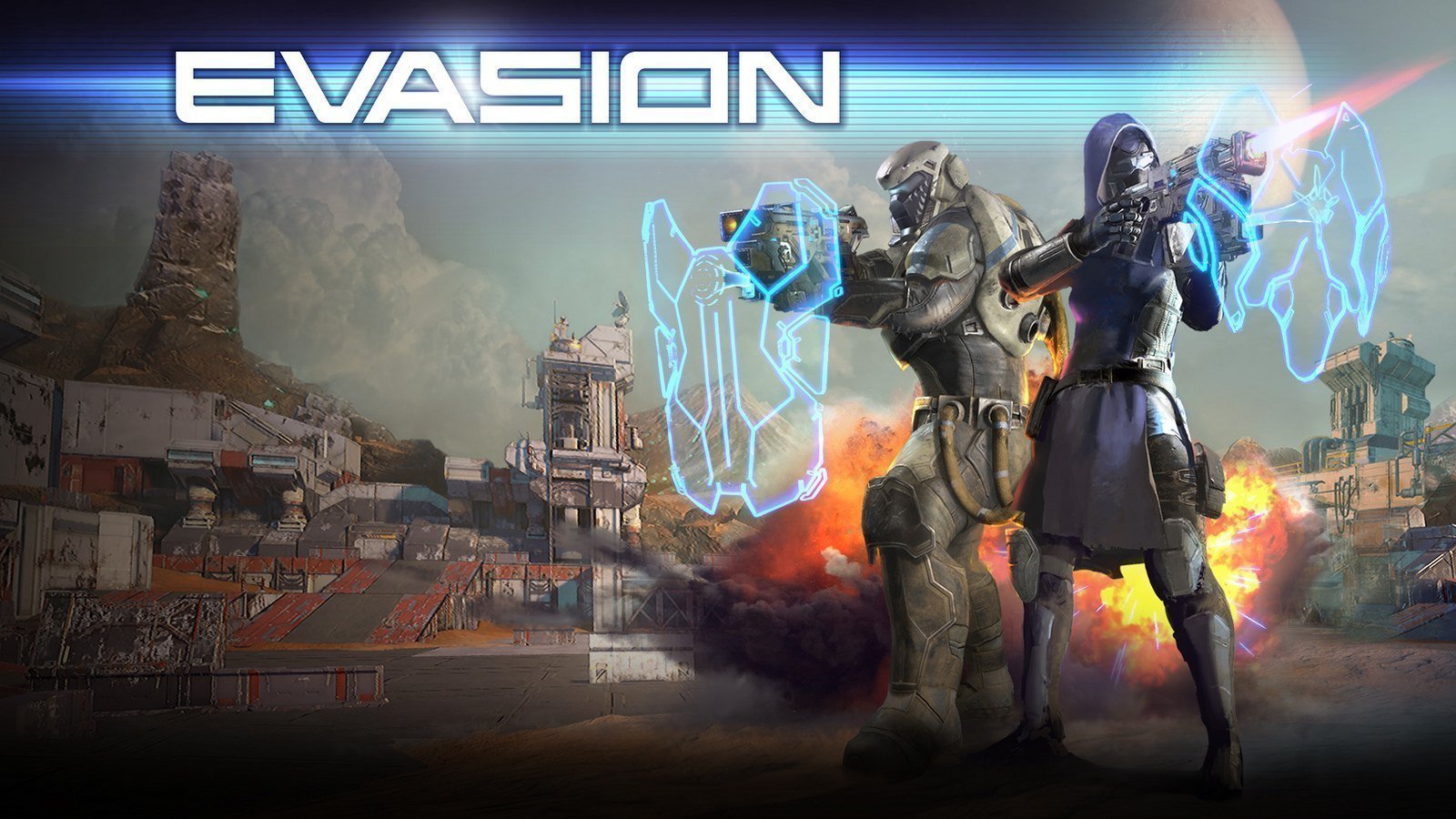 Are you among the 3 million PS VR owners? If so, what is your favorite game on the platform?

3 million units in over two years? Is that really something worth celebrating?

Then again, I don't really know what the average for a VR unit is; sold units over a time period that is.
Reactions: DarthDub, dAVID_, MAXLEMPIRA and 3 others

No, I am not one among the 3 million PS VR owners. Not interesting.

I wonder how many of those are people buying a replacement because the headset wire broke and Sony don't offer replacements
Reactions: DarthDub, damiano2712 and KiiWii 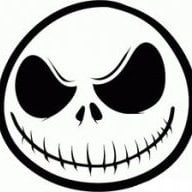 I had one, and would get one again, if they ever launch a newer model, hopefully it will be wireless, that was the only real downfall it had imo. Also, if they had something other than the motion controllers would be nice. Them things are garbage.
Reactions: KingVamp and KiiWii

With less penetration than the Dreamcast and only some 3 times the sales numbers of the Virtual Boy, I guess we can call this a failure?
Reactions: damiano2712 and Dr.Hacknik

3 million... that’s not a large number really.
Click to expand...

Well, in actuality it is a large number. But nothing compared to what other Brands have pulled off; some in less than two years.

Dr.Hacknik said:
Well, in actuality it is a large number. But nothing compared to what other Brands have pulled off; some in less than two years.
Click to expand...

It just reminded me that scene in Austin Powers where Dr Evil is asking for $1,000,000 and everyone around him is laughing how little that was by today’s standards.
Reactions: Dr.Hacknik

If you never actually used it, your comments really don't mean anything. Only reason I sold mine was due to the fact I was going through a divorce and needed the money at the time. I bought mine around the time it launched, paid around $700 for a bundle that came with everything, headset, motion controls, camera, docking station, Batman VR.
V

I think even the eyetoy managed to sell ~2.4 million within not even one year, before it even launched on the JP market. I would call the eyetoy a failed attemp anyway and now I should be impressed by 3 million units sold over almost two years?
Last edited by VitaType, Aug 16, 2018
Reactions: tbb043

3 million is not much, the PSVR is not selling that well. or is VR in general not used much?

I bought it on release day, then it fried (with other devices). Sony replaced it for free, but gave me a used unit, which was probably from their "return stock", so it has issues.
the hdmi signal is being lost, or corrupted out of sync (different effect on screen), or maybe parasite from usb or hdmi port at best. I have to reboot when it happens or else I have sound stuttering and strange effect on screen.

The game I play the most in VR is Wipeout Omega Collection. (nobody to play with me?)
I plan to buy Moss.


I'm disappointed that PSVR v1 didn't have the HDR Passthrough. I don't want to pay 300€ for V2, for the few games I have it's too much money. maybe when my replacement dies ... (if it doesn't make my PS4 die too).
for now, I unplug it when I need HDR. and it's better unplugged when I don't need it, due to problem mentioned above (yes, even when the VR is not in used).
a v3 wireless would be great!
Last edited by Cyan, Aug 16, 2018
Reactions: Prans
D

what are you people all talking about??

The PSVR is a $300 Add ON, 3 million while appearing to be a low number it actually is probably better than what Sony expected, it is the best selling VR headset by far. Last time i checked PSVR was ahead in sales even if you combined the Vive and Rift sales.
Last edited by DbGt, Aug 16, 2018
Reactions: Xzi

DbGt said:
it is the best selling VR headset by far. Last time i checked PSVR was ahead in sales even if you combined the Vive and Rift sales.
Click to expand...

sarkwalvein said:
So VR as a whole is a failure?
Hmmm... Such a pity. I wanted it to last.
Click to expand...

Not a failure i would say, its just that the entry $$$ is still too high, its a niche market (for now) not a failure.
Reactions: Cyan

DbGt said:
Not a failure i would say, its just that the entry $$$ is still too high, its a niche market (for now) not a failure.
Click to expand...

I hope it goes down in price and improves a bit. Perhaps I get one next year if it's still around.

I've not tried one of these. I think that it would make me dizzy.

I MIGHT buy a real VR headset for my pc if the price drop
seriously, 400CAD is way too expansive

I don't know how the other headset are, I tested only PSVR, but I find the lens not that great.
it's a front picture, made bigger with a lens. the picture is blurry on the sides. I would have prefer a wide vision (like seeing a little on the sides when moving the eyes, not the head). it's natural to see on the side when you look in front of you.
it probably would have required different in-game cameras to project a wide picture at different speed/angle on the device. maybe on a future technology.

I tested a U projector once (front and 2 sides), it was great immersion feeling, without VR headset, just by having proper pictures on the side.
I can't find any picture on the net to show what it looks like.
edit: something like that, and that, except it was on a U share instead of a square room. it requires multiple projectors for multiple joint vertical pictures instead of a single bent image, like 360° camera on google cars for googlemap.

A mix of that with VR would be really impressive.


godreborn said:
I think that it would make me dizzy.
Click to expand...

yeah, some games does.
it's not doing it when moving forwarder (racing games like wipeout or Thumper give me no nausea effect at all), while strafing and turning does (FPS games like Tombraider, here they lies, Robinson, these are the worse). so I don't know if it has to do with how the camera is managed, how many light, or framerate, or colors, etc., but some games are more problematic than others.
lots of games are using the "teleport here" solution, you just look where you want to go and go there without moving. just looking around is fine, as your brain feels what it sees.
Last edited by Cyan, Aug 16, 2018 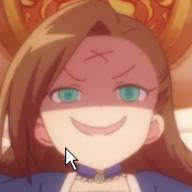