here's my problem.
I have 2 Wii's with the same problem.
Both over 1 year old, both unmodded.
removed the drive, replaced the drive and its dead. black screen.
Nothing changed, no modchip installed, nothing just removed then reinstalled drive.
If you use savemefrii (hold buttons on GC controller in port 4) it does come up with the firmware.
I did upgrade from 3.2e to 3.3e using Animal Crossing original disc.
Still nothing but recovery menu. (firmware displayed bottom right)

Is this a low level brick as recovery menu still works?

I've tried nearly every bootable disc and none work. (WAD Manager, any region changer, etc)
I've tried to make bootable discs for all sorts of things. I want BootMii in ISO format to try that or PreLoader in ISO format.
IF BootMii or Preloader are installed then I think it'll load a downgrader or whatever and hopefully we can install a working OS.

Questions.
1, how can I get a ISO of bootmii or preloader? I converted BootMii to DOL and it didnt work, so I cant inject a non working file into an ISO?
2, Is this a common brick as I've seen the list of bricks and it looks between a semi brick and a low level brick?
3, why would it brick by just removing drive? (the drive was replaced but the motherboard of the drive was the same. The drive also works in other Wii's so its not a dead drive)
4, is there a game with 4.0 firmware as that MIGHT fix this problem. If not, how can I make an update disc to 4.0e firmware? I have all the files extraced from my working hacked 4.0e firmware Wii but not sure how to make a working update disc.
5, whats the correct way to make a bootable disc from recovery menu? I have a drive with a wiikey2 installed so it can boot modded discs.
6, Is the autoboot disc the same as a recovery bootable disc? (the boot flag of the disc is 0 not R)

The drives were done at a repair shop but he doesnt know how to fix it so I'm doing it for him. He mods and repairs Wii's, 360's, PS2, PS3, PSP, DS etc so he knows what he's doing but this problem has stumped him and me.

if u can get to wad manager or something use their method i used it to unbrick a wii this morning and another this afternoon :/ 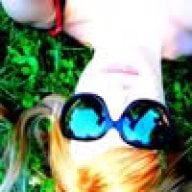 You should probably delete that link before a mod see's it. ^

Looking at the facts as you have presented them if you have an umodded wii then no ISOs will work for you (Wadmanager, etc etc). Even if Bootmii was on ISO it would be the same.
If it happened straight after a drive change, with no other activities occurring, I would suspect a hardware connection issue or short - primary suspect would be the bluetooth chip getting disconnected - that causes a black screen (but still outputs a video signal) .

ocdetective said:
Looking at the facts as you have presented them if you have an umodded wii then no ISOs will work for you (Wadmanager, etc etc). Even if Bootmii was on ISO it would be the same.
If it happened straight after a drive change, with no other activities occurring, I would suspect a hardware connection issue or short - primary suspect would be the bluetooth chip getting disconnected - that causes a black screen (but still outputs a video signal) .
Click to expand...

That's 1 detail I forgot about. Yes, bluetooth doesnt work but how would the bluetooth be removed when its not near the drive? Isn't the bluetooth module at the front? So how could that be removed? Still its a thought so I'll check it when I get them.
I'm getting the consoles next week to try and fix them so I cant atm as I dont have them here right now. I did have them last week but all I could do was upgrade the firmware and get to the recovery mode.
I will be trying everything when I get them so all the info and help is greatly appreciated.

to the other replier, if you read I will be getting a modded drive so I can boot any disc. The problem occurred when replacing the drive, not modding it or anything. Well, a new drive but the same motherboard so its just the hardware changed not the bios/firmware of the drive itself. And the drive works file in another console, so its not a dead drive.
O

A disconnected bluetooth definitely causes a black screen but with video output still working (i.e you dont get a no signal message). So given that you can access the firmware/recovery screen (which is presumably monochrome) I would say that is the prime suspect.
Edit: Disconnecting or dislodging the bluetooth by accident is entirely possible during drive replacement although it could be a short elsewhere

Open up your wii. Check your connections on the drive (The cable might be badly inserted) and find the bluetooth module and replug it.

Thanks for the replies. The shop owner is checking the bluetooth and Wifi modules over the weekend and if still no luck then I'll get them next week to try and fix.
It does sound like either the wifi or bluetooth is not working. Still doesnt make sence that the drive is replaced then it black screens. both bluetooh and wifi are under all the silver crap and not really easy to bump and dislodge but you never know.

Hacking No image after launching bootmii

@ The Real Jdbye: i agree popcorn is bland but caramel popcorn is really good 4 minutes ago
Chat 2