New studies have come to light which show that people may prefer Rydian to the current leading Nintendo handheld gaming system.

IGN's Inside Source said:
One day I was playing on a 3DS with the stylus and was getting bored, so like any good
internet news person I went around poking things with a stylus and then writing stories
about whatever happened in response. I noticed that the reactions Rydian gave in response to the stylus were way simpler in
nature than the responses the 3DS gave. Unlike the 3DS with it's confusing multi-tap controls
and shiny lights that scare me, Rydian's reactions were simply pleasure or annoyance
depending on how hard I poked. This is a much easier control scheme for me to use!

After reading my initial report, some scientist-like people that hang out here did what
might in some circles be called an actual study, and produced these real bar graphs about
the response to various questions comparing the two products. Well since product placement is a very important thing for our ads, I decided to do an
in-depth comparison to produce these charts to help you decide which you like better. I knew it. RYDIAN FANBOYS FTW.

That's not a rumor, that's a motherfucking fact.
Reactions: 2 people

Man I wish GBAtemp had a function to create clubs. I definitely start a Rydian Fanclub.

My 3DS can go 6 hours without needing a charge. So I question the sources behind that part of the study.
Reactions: 2 people

My 3DS can go 6 hours without needing a charge. So I question the sources behind that part of the study.
Click to expand...

you don't get charge do you?

It's Rydian who charges you for his services, silly.

Gonna have to go with the 3DS.
Reactions: 1 person

My 3DS can go 6 hours without needing a charge. So I question the sources behind that part of the study.
Click to expand...

you don't get charge do you?
Click to expand...

I don't get charged, I can get more than 6 hours of entertainment for free if I ask the right person. It's all about value for money my friend

Guild McCommunist said:
Gonna have to go with the 3DS.
Click to expand...

I heard Rydian got charged........for possession of drugs, but all he had was a 3DS. 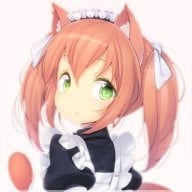 Wait, 3DS's AREN'T supposed to be warm and furry o.O
and for your information I eat my nintendo products raw!
My DS has a hump leg function built into its stylus
And with the internet on my 3DS it can entertain me, ALL NIGHT LONG ;P
L

What about the many many fangirls of his?

GUYS. I FOUND A PENIS IN MY PANTS!
Reactions: 1 person

No, wait, sorry...that's mine.
Reactions: 1 person

Hardware Blue light and then off New 3ds LL (Jap. XL) No CFW

Tutorial Use your 3DS/WiiU Gamepad as a Switch controller

N
What are: Alternative economic indicators