All right, I love my Wii, but it hasn't proved to be the best system for Rock Band players. I've been thinking about transferring to XBox 360, but there's a lot of DLC I own that I can't really do anything about. So I was wondering if there was a way to convert Wii DLC to 360 DLC somehow. I don't own a 360 and don't really know how DLC is stored, but I know each Wii DLC song has it's own pair of binary files that you store on an SD card. I don't know much about hacking, but I'd just like to know if there's a way to modify these files to make them compatible with the same game for the 360 (or if anyone was currently working on this) I understand that DLC isn't simply interchangeable since you're paying to play each song on just that system, but it's possible that there's some way around that. Sorry if this is a dumb question though. 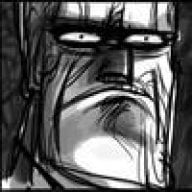 S
Hacking yo. i need help with beatles rockband DLC