...a text file (or a few text files) to be exact. the one that lists ALL the R4 clones, and WHICH alternative loader in the Multi Cart Update works for that particular card.

IIRC, earlier versions of this update had that file, which i used to check which is which. now it's no longer included in the compilation, so... yeah. i guess they assumed that by now people would've memorized which works for their card.

what about people new to this? i'm not saying i'm new to this, but yeah, i'd still rather have that list to check, rather than rely on my rather short-term and faulty memory. 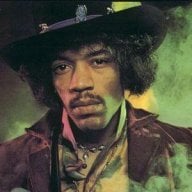 Look under "Known Other Cards which use DSTT Firmware"

...yes, that's it. i dunno how i missed it. /facepalm i had to redownload it, but it's there alright. i was relying on that file more and more, as i start to encounter more R4 clones from friends.

Nintendo Switch Today at 8:44 AM
such