OP
I saw a little footage from the 2D mode and it seems to be the same as the 3ds (3d/2d) version of the game
would someone be willing to try porting that script over to the 3ds?


since someone will inevitably ask, this version because:
-stylistically it's the best looking one
-it's more portable
-it's the most accessible version since it doesn't require a current gen console or a gaming pc
-it has some extra touches and polish that the big version just doesn't have, such as Rab wearing a mask when you load your save file and haven't met him yet ( as opposed to his plain 3d model on the big version ), a tacco exclusive dungeon to unlock past DQ worlds, and more
-less fluff 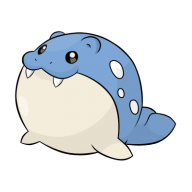 I believe some efforts have been done, but it seems the text size is an issue or something along those lines, also, I believe it's best if people working on it not tell us to avoid a C&D.