[/p]
A minor update to the one and only Visualboy Advance, thanks to Forgotten!

just some bugfixes, but still a good update.

not that you can say "woah that's great"

YES YES YES IT WORKS! But the screen freezes 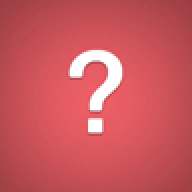 YES YES YES IT WORKS! But the screen freezes
Click to expand...

you need a patch for that game to run on emu's, i seen it some where but i cant remember where, sorry

you can use a code too

does exist a patch for Hamtaro?? or only codes??

I have the code, i think its annoying
D

Well, is it really worth the update? I can't be bothered to get it if it only fixes minor things.

. . Well I think it helps since it fixes the problem with the slowdown of the games that everyone has been complaining about.
D

Really? I haven't been getting such problems.

QUOTE(Daikanta @ Aug 25 2003 said:
Well, is it really worth the update? I can't be bothered to get it if it only fixes minor things.Â

Any update that improves stability/functionality or addresses issues that users have had with the prior release I'd class as worth while. We are fortunate that forgotten has continued development when many other gba emu's have long since died.

If you can't be bothered to download because it only addresses minor issues, then what incentive are you sending out to forgotten for him to fix these minor issues. It's like saying, you do more and I'll only bother when you've done what I consider worthy of a download. I'm sorry if this seems harsh.. although I have used your quote I feel all of us should just be gratefull.

YES YES YES IT WORKS! But the screen freezes
Click to expand...

Hmm, i was kinda hoping Forgotten would fix some stuff.. but does he even check compatibility?

The GBA community will never know..

QUOTE(stivsama @ Aug 25 2003 said:
Hmm, i was kinda hoping Forgotten would fix some stuff.. but does he even check compatibility?

The GBA community will never know..Â

Yeah he does, I've seen countless times in the past when he's corrected something in the Emu to make a game playable, and not to long after said game is released and not playabe, so kudos and thanks for him for that.

Plus as far as a compatibility list is concerned would you like to go through 1100+ releases to see if they all worked every release. It like the ZSNES guys having to fix the new versions because games that used to work are broke now. My suggestion is to use an older version in that case and use the new one for improvements it brings.

And to keep him just on this side of the Big N knocking at his door telling him to cease development. So we should be thankful for that and happy he hasn't been targeted by them I guess. (As they did with Ultra HLE, and that happened to Connetix and Bleem for PS1)

I for one am still extremely grateful he takes time out and still develops the emu to make it better and better. He does all the hard work and everyone else reaps the benefits. So be happy with what you have and leave it at that and give credit and thanks where it is due. 'Nuff said.

It would be unwise for forgotten to openly admit testing his emulator with commercial game ROMS, seeing as that would imply he uses the program for illegal activities.. that's why "we will never know," he may or may not..

Whether he does test or not, i'm still thankful, I'm just hoping (see previous post) ..

This version fixed both Yoshi's Island and Zelda for me. They had a "corrupted save" in 1.6. Everything works fine now.

Location
In My BMW

should i still update my emu ...is it worth doing so
J

Yes, it's always good to have the latest version for all the latest features and compatibility.
B

Location
In My BMW