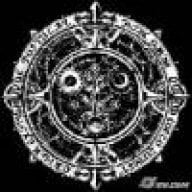 just wondering if there has been any jrpgs on this thing (apart from ffxiii-2) recently or announced for the future.

I dont think there has been a JRPG on the console in ages. But its not like there is really the market for them, unfortunately. Heck, I would say the last good one was Lost Odyssey, so make sure you have played that.

Dragon's dogma was the last JRPG although it was closer to the likes of dark souls and western RPGs than most (it had some of the breath of fire people on it though).

Other than that is has been a parade of western RPGs which I am certainly not going to complain about although what few non Final Fantasy JRPGs have appeared have been pretty interesting which I also approve of (had Final Fantasy clone burnout hard coming into this go around). Looking at releases October's dark souls was probably the last non FF13-2 JRPG and Record Of Agarest War Zero which was region locked NA only was about this time last year. Closest coming up is nothing much other Persona 4 has a fighting game spinoff.

Looking at the PS3 release schedule there are a few titles coming up (Record of Agarest War 2, Mugen Souls and next year Ni no Kuni: Wrath of the White Witch also a new atelier game in Japan with no date outside it yet) which means there might actually be something to distinguish the PS3 and 360... who would have guessed.

I don't know of any upcoming JRPGs for the 360. I miss the days of the PS1 when half the games were RPGs and JRPG wasn't a word yet.

jumpman17 said:
I don't know of any upcoming JRPGs for the 360. I miss the days of the PS1 when half the games were RPGs and JRPG wasn't a word yet.
Click to expand...

Too true, it's sad that we live in a world where we actually have to differentiate between the two.

jumpman17 said:
I don't know of any upcoming JRPGs for the 360. I miss the days of the PS1 when half the games were RPGs and JRPG wasn't a word yet.

Yeah I am none too great a fan of genre naming conventions either but for a tiny window during the late PS1 and PS2 era it kind of made sense if you must have genres (games like elder scrolls and games like Persona do not share that much in common when I think about it and certainly not enough to be unequivocally lumped with a genre name any less broad than game as far as I can see). This is before you even get into the subject of what is role playing but I am not about to kick that off here.

Still
Eternal Sonata - one of the most interesting battle systems I have been subject to in recent times (you could mix and match options as you unlocked them). I am probably supposed to mention the PS3 version had a fair few differences.

MagnaCarta 2 - if we are still going by conventions this is technically a Korean RPG I believe. Actually very good and another thing that stopped burnout for me. It too was team battle but had environmental factors and for my money was a far better team than FF13 could have hoped to have been (I actually liked FF12 but 13 I had to give up on).

Resonance of Fate- what jumpman17 said. I dare say one of my favourite games this go around.

The hook of those was they are multi generational (although zero was slightly more streamlined) which I had not seen for a while (I am going back to Phantasy Star 3 here for that although I did miss out on most of the PS2 so it might have happened there).

Spectral Force 3 came out mid 2008
Never played it I am afraid.

Nier
Granted this is closer to the likes of Bayonetta and Ninja Gaiden although maybe not quite as good as those and might not be remembered by everybody in ten years time (still very good though) but had a serious story focus up there with most RPG type games.

Dark souls
I got back in the country around the year and started playing which means I immediately got sidetracked by kingdoms of amalur and skyrim and did not put much time into this yet.

Zoids Assault
Probably one of the weaker Zoids games and there are others listed that are far more interesting.

Kingdom Under Fire: Circle of Doom is technically a Korean game and has a decided action bent but listing it anyway.

Apocalypse Desire Next
Granted this seems to be a tactics game rather than a straight up RPG.

There is another Zoids game as well in Zoids Infinity EX Neo although it was not really an RPG.

If am continuing off topic then Ninety Nine Nights as well but that is pushing it a lot.

jumpman17 said:
I don't know of any upcoming JRPGs for the 360. I miss the days of the PS1 when half the games were RPGs and JRPG wasn't a word yet.

out of these i own
Lost odyssey (incredible, really reminds me of the shadow hearts series)
Tales Of Vesperia (Loved it, got me into the tales of series)
FFXIII (Bit of a dissapointment but still beat it and enjoyed it)
Star ocean: TLH (on ps3; playing through it now)
Recently got a ps3; the mass amounts of exclusives on it (especially rpgs) was just too much for me. Still prefer playing on my 360 though which is why i was hoping for some decent jrpg announcements for it.

I got curious and had a look as I had always generally thought the PS3 and 360 were identical give or take a few games I probably did not care about, could find a suitable alternative for or could otherwise live without. 20 minutes and the overuse of the spreadsheet sort function later it turns out there might be just something to each console (although less on the 360 if you ignore games with PC versions) and there might be some stuff worth translating as well.

It also turns out with very few exceptions RPGs eventually make it everywhere these days if they make it out of Japan in the first place.