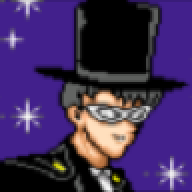 A few days ago I wrote a workaround for screen resolutions so that you specify a number in the config representing the current res in the list; making it read that on start-up is the closest to saving screen resolutions and it works pretty well since you can still use the resolutions manually.
Example video:


The only major drawback is doing it on any double strike resolution -could- mess up the video output and make everything slower until you reset the console.
"Is this because of your implementation?" No, there are many confirmations around that prove this can happen when selecting the resos. from the settings and loading another core.
My curiosity here is that this is a pretty weird problem and because I have an old-ish Wii from late 2008 I want to know if it's a hardware thing and that it doesn't occur on later consoles. 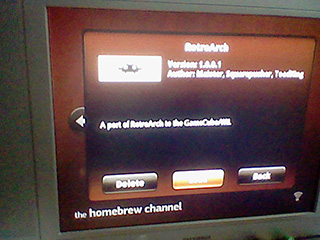 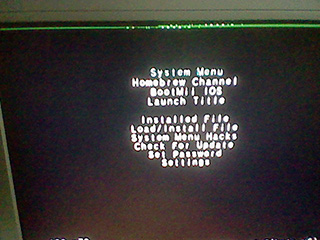 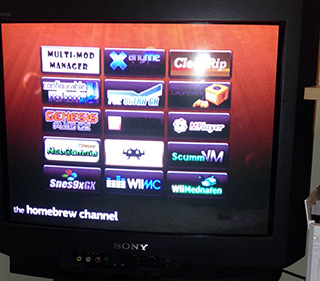 And an actual video of what could happen:

How do you get that background? Also your videos show correct aspect ratio for each dol? I'would be interested in that, because currently I'm using the same resolution for each dol, but I know there's difference among all the emulated consoles.

OriginalHamster said:
How do you get that background?
Click to expand...

It's an overlay tricked as a border by adding a frame(either black or transparent) to change the aspect ratio to be the same as GBA, then all you have to do is scale in the options to make it fit correctly.

OriginalHamster said:
Also your videos show correct aspect ratio for each dol? I'would be interested in that, because currently I'm using the same resolution for each dol, but I know there's difference among all the emulated consoles.
Click to expand...

Yeah, that's the idea, at least for games that don't change resolutions during gameplay.
Before releasing it I wanted to test with some users if they get the problem mentioned in the op and if it happens often or not. But since no one's coming up I'll just release it after I get some configs together.

Alright, I added a link to most cores, along with a folder that has already setup configs, some are set to 240p though.
If you wish to use a different resolution, open the config in a text editor and look for video_vres = "38"; 38 being 640x480 and 0 being the first in the list 512x192p.
Likewise there are some new settings you're probably not familiar with video_vfilter is Deflicker, only usable in 480i/p resolutions, then there's video_viwidth this lets you set horizontal scaling without losing quality, useful for fitting the image to your screen or correcting pixel aspect ratio. These two settings can be set in RGUI but require the video to be reset to take effect.

One more thing, these builds are not based on current "nightlies", these are from some months after the 1.0.0.2 release. I won't be submitting this to the RA people since they already confirmed about making a setting for this which could possibly be better than my way.

Anyone trying out forced 240p please confirm if you get the slowdown problem.

Thanks, will check it out

I made a special forwarder for RetroArch, it will boot in 4:3 aspect ratio, it's for Wii U mostly. I think it's the best way to keep a decent ratio without messing too much with RA
Link is in my signature. 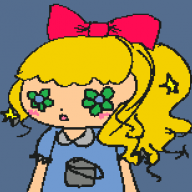 Retroarch is the only emulator that can load and unload DOLs while still in 240p mode, every other emulator resets to 480 when entering and leaving menus. I suggest making the menus permanently locked to 480 to potentially avoid the orange screen issue.

Disorarara said:
Retroarch is the only emulator that can load and unload DOLs while still in 240p mode, every other emulator resets to 480 when entering and leaving menus. I suggest making the menus permanently locked to 480 to potentially avoid the orange screen issue.
Click to expand...


Thanks for the input. It's not a bad idea, I could test making an existing homebrew start in 240p to see if that's just expected behavior, but then there's Swiss which supposedly can load GC games in 240p, and I've never seen anyone complain about issues with that.
Adding your suggestion is not hard but it would not work because of the way RA is designed, it would fix only one side of the problem. Notice how loading a game in RA turns off your Wii remote? It's because the core gets reloaded but instead boots the game as well, just like argument loading.
So if you just start RA then load a game and then another game it will just load the same dol again and start that dol in 240p, sometimes it will work other times will fail.

Another example is in the official RA, when you load a game and select a resolution; then load a different game and it reverts to 640x480 not because there's code to do that but because there is no code to stay in a res once you load RA.

EDIT: Apparently if the Wii is set to progressive scan this problem never happens. It's an annoying workaround but perhaps I can make a setting to force progressive, even if composite users can't use this it might still work in the sense of avoiding the problem.
Or better yet I can look at how progressive is implemented to see if there's any major difference between the two.

EDIT2: Gave it a look and it's all normal, it seems the change from prog to non-interlace is what prevents it from screwing up display. This is just a guess though.

Anyway I quickly wrote a setting for progressive scan, meaning I removed the automatic stuff so it will default to interlaced and if you want progressive simply set it in the options. This helps composite users, if a composite user sets PS and a 240p resolution then their Wii should do the same process despite not being able to display a progressive image and simply act as a video refresher or safety check.
I've updated the download link with some builds to test this setting, I also included a zip with the source code.
Hm, the orange screen doesn't happen now but there is still a rare chance of messed up video(no output until video reset), this is all I can do for now which is good enough for me and is still much better than how it was before.