Hardware PSP 1001 not running some iso/cso 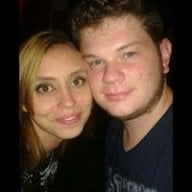 Not really sure if this should be posted here but...
I've bought a 1001 psp on 5.50 gen d3 and got some issues with it too.
some games work and some games don't, for example patapon 1 and prinny cirbth do not show any image for gameplay, littlebigplanet gets stuck on the second loading screen after a gray screen that needs some short of confirmation.
while patapon 2 works perfectly, along with some other games.
i had a test on a 3000 psp with the same iso file and it worked correctly.
can anyone help me?
edit:
quick update, no patapon 2 is not working, same problem.
EDIT:
Quick images about the problems i'm facing.

Prinnie's menu will show up.

But then it stops at this screen and freezes the psp.
Last edited by Lucashen, Nov 28, 2015
A

Why don't you update to a higher cfw first of all ?

U
Hacking PSP shuts down when launching ISO game(s)

@ RichardTheKing: If you have a more recent Switch model, that exploit has unfortunately been patched... 2 minutes ago
Chat 2