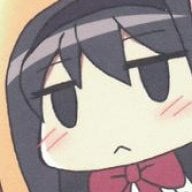 When I put in a blu-ray, it makes a clicking noise for a bit and then makes an ejecting noise, minus the disc coming out. Usually I can get it to read a blu-ray if I launch a downloaded title, and then remove and insert it a few times until it finally reads it. If I can get it to read a Blu-ray drive cleaner, it'll usually be able to read blu-rays normally for the rest of the day. By the next day, it'll be back to the same old thing though, which makes me believe I may have some kind of dust buildup inside of the console itself. Anyone have/had a similar problem? I'm thinking of either opening it up and checking for myself or being on the safe side and sending it in, but I'm not entirely sure yet.

Your drive is just dying.
If it's under warranty, send it back and let Sony replace it.
Otherwise you'll have to replace your laser assembly. 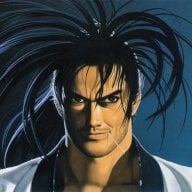 IIRC, the Japanese void-warranty sticker says, if you've messed with their sticker or attempted to open it, they will not work on it, or some BS like that. If you're paranoid about stuff like that, send it in.
Though, if you're outside the warranty period, you might want to see how cheap you can get a replacement drive.

i was not smart and i broke my drive using a swap trick i found on youtube and i had to use local services to repair it... super slim's are the most $$$ to repair so yeah...

Yeah I bought it back in 2009 so it's definitely not under warranty anymore. Thanks for the advice everyone, I'll probably send it in sometime soon since I'm not very good at fixing electronics myself.

DrCaptainHarlock said:
Yeah I bought it back in 2009 so it's definitely not under warranty anymore. Thanks for the advice everyone, I'll probably send it in sometime soon since I'm not very good at fixing electronics myself.
Click to expand...


If your location is current, search on Yahoo Japan for PS3 repairs. It's not hard to find places to do it in Kanto and if you go with someone not Sony, they won't update your firmware so you can still run CFW.