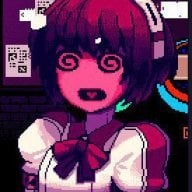 Hello, I wanted to ask: does RCPS3 corrupts PKG games when the emulator tries to install them on the PC?

Basically, I've been trying to install some games on my PS3 but all of them give me an error when reaching 14%, and before I went to install the PKGs on the PS3 I installed them first on RCPS3 to see if they could run properly, and they did.
I already tried installing HFW and HEN like 3 times but with no avail.
Is worth to mention that I can install PKG homebrews AND PKG games downloaded directly from online pirate shops

I'm not sure if RCPS3 did something with the original PKG files that makes them unable to be installed on the PS3, so that's why I wanted to know if the emulator does something *special* to the original files while installing them on the PC

Sent from my G9 using Tapatalk

Hacking How to install games to an HDD?

@ KennieDaMeanie: Spell supercalifragilisticexpialidocious exactly correct or your family dies A moment ago
Chat 4