is there a way to update wiiware games that sometimes get a update, like my pokemon ranch?
V

I mean wiiware games that come in .wad format. Sometimes they get an update, and I'm wondering if it's possible to update them.
D

Yes there is a .dol injector that is used to keep wads current that was released not to long ago. I dont have the link sorry but if you search back a bit or use google you should find it
K

alright I'll try it. Thanks.

is the official name "dol injector"? 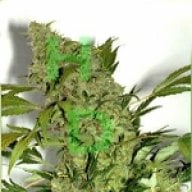 Location
The Other Place

he means WiiWare he gets from the Nintendo Shop

you would have to find a .wad of the new version dude.

which means someone would have to purchase it then dump it. 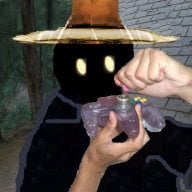 ok first of let me point out the app he is referencing is calle AUTOINJECTUWAD and its for VC and HB yes...BUT NOT WIIWARE...

auto injectuwad has a few uses:

Inject a DOL file into a HOMEBREW BASED WAD

Inject a ROM file into a: VC BASED WAD

this is the only way to even remotly tell if your wad is a "updated" wiiware/vc title or an original...

MegaMan 9 (can pay to DL protoman and other play modes)
Final Fantasy Crystal chronicles: My Life As A King (can pay for additional buildings,cloths,chars races ect)

so to clear things up in a simple answer to:

QUOTE said:
is there a way to update wiiware games that sometimes get a update, like my pokemon ranch?
Click to expand...

NO.....not short of going to the shop channel and re-downloading the title w/ update or installing a dumped wad of said title....

I have a WAD file with the dlc but when i install it i cant find the dlc (Its My life as a King) all the buildings and such arent there so do i need to use this program? The Wad is full sized about 40 mbs or so.

@ katebeyond: Monster Hunter Stories 2 Save Does anyone have a 100% complete storyline save... 34 minutes ago
Chat 0