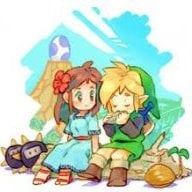 I wish I knew how to port this to the Wii but learning code and using DevkitPRO seem a little out of my realm of knowledge at this point in time. Whoever made this even said they'd like to port to other platforms and it seems like it would port really well to Wii. It's been ported to Dreamcast as far as consoles go but also DS, PSP, GP2X and Dingoo when it comes to handhelds. Pokemon Mini only had 3 buttons anyway as well as a motion sensor and rumble feature. It seems like a perfect match for the Wii! I don't know how many people would actually even care to play around with this on a Wii but I'm one of the few who would. I never owned one but I envied the kids in school who were fortunate enough.

Some people may have already abandoned any more hopes for the Wii. I feel like the Wii scene is starting to die off which makes me sad. Sure it may not be the best hardware but it's proven to be the little engine that can. I'm glad I took the time a few years ago to mod my Wii. I still don't have much interest in owning a Wii U currently.

I also want my idea to make a Wondercard/PokeGen/GTS app to see fruition but it will probably only remain an idea until the day I could create it myself. I thought maybe if I just jumped in and took a hands-on approach I could get into the swing of things but it's frustrating and I get discouraged when I even try. Like I said creating homebrew just seems a little over my head at this point.