Hacking Please help a noob with an Acekard 2i

im having real trouble with trying to put games onto my Acekard 2i.

Second, i've done EVERYTHING the walkthrough told me to do, yet it still comes up "An error has occured. Press and hold the power button to turn the system off. Please refer to the operations manual for details".

Im a complete newb but ive done everything I can. Can someone help me?

Even though they say it works on HW44.

Can you link me to the firmware update for 3ds then?

Also...do i just extract the file into the ACEKARD root directory and it will automatically work?
M

But it says those files are for DSI and DSL.

Also, that the one I tried. Thats what comes up with the error.
M

Oh, right. You can use DSi one on 3DS. I did. When does this error occur? Do you have an old DS or DSi to test the cart on?
R

it just comes up with that error i said earlier..maybe im doing it wrong??

You can't update the Acekard from that 3DS because it will no longer run the acekard.

You locked your keys in your car, dude.

You need to use another DS unit that will run the acekard so you can apply the update. 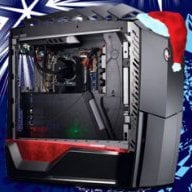 Can you explain in simple terms please :S
M

So I can update the acekard on a standard nintendo DS. then put it in my 3ds..correct??

Just remember to try to update your card before your system

Yes, that's exactly right. You should always check if your flashcart is blocked by any future 3DS updates before running the 3DS update, so you can run the acekard update.
R

okay (sorry im a bit slow) . so..
I extract the new firmware Acekard stuff onto the OTHER DS. It then automatically updates..

then I take the acekard from the OTHER DS and put it in my 3DS and it then works?

The update isn't automatic, you run it like you would a game.

place the required .nds file on your microSD (TF card) Please refer to the readme file in the package.

place the acekard in the other DS start it up play the update once it done it will tell you to reboot now your acekard will work on your 3ds with the 2.0.0-2 update

Whats a TF Card? You guys use so many abbreviations its confusng!!

@ kenenthk: Today's games look just fine at 1080 with decent 60fos unless you have disposable income it's... 1 minute ago
Chat 3