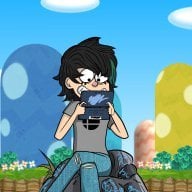 One of my first post here, my first topic actually

Ok, I have seen some people editing levels with Tanooki and Reggie! Since Reggie! has not been released, so i said what te heck.

Then one day.... i was all bored, i couldn't find anything to do. So then i decided to download that new game i saw the commercial on TV of. Wii fit plus, [yeah it doesnt have to do with NSMBW level editing, but it does, just keep reading

) i had to balance board. I wanted to see if the game had some familiar files, that i knew. I didnt find any, All i found was .CARC files, so i open one in a hex editor to look at it. I found some similarities from the SZS files. If you are wondering, SZS files were used in a huge amount on mario kart wii. I also found compressed .brres files also used in mario kart wii. So i open one in the SZS modifier. It opened.


The header of the New super mario brothers wii files are just like the SZS ones. Instead of being .carc files, they were .arc. Since carc worked, i tried arc and they can be open with the SZS modified and get modified as well. I have not talked to chadderz(creator of the SZS modifier, i just helped him and made little discoveries like this one

) recently, but as soon as i do, there might be a special edition for New super mario brothers wii of the SZS modifier or just an update for easier editing on it. Remember, you can change and delete models, not just that, but you can also change textures. Since the SZS modifier was meant to be used for mario kart for the types of the files in it, since the ones in New Super mario brothers wii are a little different, its not so easy to modify the levels. So far, i had not much time to look at them, i have not tried to open an actual level, ex 1-1, i only open the whole world here.

If we use that tool, we can edit texts!

I'm confused. Does this tell us anything new?

Fran EGL said:
If we use that tool, we can edit texts!

I have not tried, my best guest, that inside the compressed .arc files there are bmg scrips, why do i think that? Well, i have found them in Mario kart wii and in Wii fit plus, there is a possibility you know, if the szs modifier finds those bmg scrips, they will be a icon of the wordpad icon on them, they should already be decoded for easy editing, BUT, since the szs modifier was meant for mario kart wii hacking, the bmg scrips from other games are a little different, it has a hard time decoding them, but you can just extract the bmg scrip and edit it with a hex editor

just wondering what program did you use to make that video? did you use a screen capture/video program?

One more thing i forgot to mention, if you have USB gecko, you can edit the textures and do some model changes live

YES, you can something on the PC and instantly it changes on the game while you are playing it
V 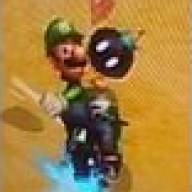 That said, yes, Chadderz might release a few things to make it easier to perform texture hacks on NSMBW, because I know he was interested when he learned that the .arc files could be opened. However at the moment, his (and my) focus are in Mario Kart Wii custom track designs, so that could take a while.
W

robal12345 said:
It's unlikely that the SZS Modifier will ever be used as a fully-fledged level editor for NSMBW. After all, there's no real point, there's already tools out there that can do that. But you'd be surprised what the SZS Modifier can open, even if it thinks it can't

That said, yes, Chadderz might release a few things to make it easier to perform texture hacks on NSMBW, because I know he was interested when he learned that the .arc files could be opened. However at the moment, his (and my) focus are in Mario Kart Wii custom track designs, so that could take a while.
Click to expand...

(You have his avatar)
I

Fran EGL said:
If we use that tool, we can edit texts!

How do I edit game files outside of MKWII

Hacking I can't patch my ISO with a Gecko Code

Question about romfs editing EA's MySims Agents for Wii - How to edit STR and Package Files?