Hacking Not sure how to get back to WIIU using 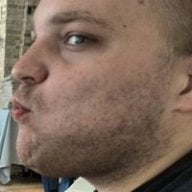 im gonna drop one of those half ass detailed requests here.
Last time i played wiiu was before my bugger got born, now he is 2.
I know i used haxchi?
I remember download a vc console game...i guess pokemon ranger and used some kind of exploit then to turn it into something which would lead me to the usb loader gx.
I had a sd card and a usb stick in my WIIU
The usb stick is gone.
The sd card should be still in the WIIU.

So...now how can i revive my wii u to play some zelda or some shit. What was on the stick? only the games? i dont really remember anything....
do i have to update the method i used which i dont even remember?

Be patient with me please, im just a little bunny.
Thanks

I haven't used much, just the regular Wii stuff for Wii Mode. It was the same as hacking a plain old Wii, just you had to use a Wii game to launch/install the hack, the one for hacking it without games didn't work (also Wii updates removed support at some point, I believe). I used Lego Batman, which I had to rent. After that it works same as my Wii, just without 240p support (which not everyone cares about anyway). Even use the same Hard Drive with it for my Wii and GC games.

For WiiU stuff, what I use doesn't permanently hack anything, I think you just gotta put some stuff on the SD card then go to a particular site on the web browser, and then you can play ripped WiiU games off of the SD card.

I'm sure someone else can give better help, or links, but just don't want you thinking no one read your message.
Reactions: Wooshy

there's a forwarder to usb loader gx on the boards somewhere. I don't know about haxchi sending you to usb loader gx though. btw, haxchi requires a ds game, is that what that is?
Reactions: Wooshy and jeannotte

Just put homebrews, loaders, emulators or others .... on your SD.

Then get yourself an external hard drive to play your favorite games.

Alright, gonna try this next weekend. Thanks for the help guys

Hi there, so I tried to get it to work again and got myself the "latest" loadiine gx and hbl and stuff.
I still have the haxchi icon in the wiiu starting screen, I press on it and after the haxchi screen it goes back, now it shows version 99.99etc E in the system menu.
But I can't launch the homebrew launcher over the mii maker as I was used to doing.
So I go over the browser loadiine.Ovh and start the homebrew launcher like that, choose loadiine gx and load a game. The game starts but as soon as I press a button on the game pad ( at least I think it's connected the pressing+ hanging) it hangs, I have to power down the wiiu holding 6 secs the button.
Not sure how to proceed from this.


Edit:
OK so I'm pissed now. I tried to get it to work somehow and every try I ruined more and more of my system.

Right now it's like.. If I run haxchi the wiiu freezes, if I run browserhax in several different websites it doesn't load my home brew launcher, it tells me fsgetmountfailed or fsgetmountfailed format your SD card to fat32.
Then I thought to myself then I just format my SD card and try all new. Follow the noob guide point by point, download all new, Still the same message. I used this mentioned guisomething format program to format, 32k allocation size, nothing works. Still same errors. I give up guys, throw my towel on the floor, Papa gives up... 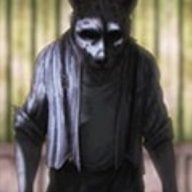 Start from scratch, right at the beginning, oh and try another SD card if nothing works.

Also my white Wii U refused to read 64gb SD cards but would read 32gb, no idea why, never found a fix, the 64gb card works fine with my black Wii U.

Start from scratch, right at the beginning, oh and try another SD card if nothing works.

Also my white Wii U refused to read 64gb SD cards but would read 32gb, no idea why, never found a fix, the 64gb card works fine with my black Wii U.
Click to expand...

Yes i have the feeling the sd card makes problems, in the end it was sitting for 2 years in my wiiu in the cellar.
I have a black wiiu and use a 32gb sd card.

i did, several times. first with windows, then with guiformat, no change

R
cemu backup wiiu game .. can it be installed on a wiiu(which has a homebrew channel) using WUP installer

Nintendo Wii U Oct 28, 2022
rahulkalra9
R
E
some pointers to begin with