Nintendo Switch will not charge 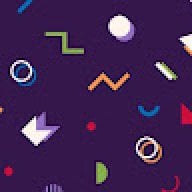 Hi i was wondering if anyone could help me out. I have a Nintendo switch which i purchased as faulty and was not powering on. I changed p13usb which was showing as short and it turned on using a know good and half charged up battery and everything seemed to be working except it wouldnt charge. Ive seen ones before where it wouldnt charge but would show the charging icon but percentage would go down . This case the icon would show but the percentage wouldnt drop or rise it just stayed the same. I then thought maybe faulty bq24 which tested fine as in no shorts but i changed it anyway and still not charging. Also when i received it it did have some work already attempted but i took no notice of it as it seemed ok but it was near the bq24 so i scraped all the uv mask away and what had been done is one of the caps under bq24 had its pads ripped off and the previous person had soldered wires to the next point where the pads went to. I re did the work just to make sure it was done properly and still not charging. When plugged in to a 5v supply its drawing maximum 0.52a and is very inconsistent as it will jump around from 0.52a to 0.20a and will keep changing. When in sleep mode it will draw 0a which i dont understand. Anyway i then changed out m92 just in case but didnt change and also changed fuel gauge but also nothing changed. Then changed port with no luck and now i am here. I read somewhere that i should check pins 1 to 4 of bq and if pin 4 is alternating in voltage then it is faulty and mine is alternating but have changed bq again and still not charging. Im really confused as everthing else seems fine.

Sorry for the long post i just didnt want to miss anything which i probably have but i should have covered all the major stuff.

Nintendo Switch lite doesnt turn on but charges at 14V 0.47A and never changes

R
Hardware Problem of charging with a switch