The redesigned Nintendo DS has at long last been revealed, days after Nintendo Europe told us that no redesigned DS will be shown at E3 this year. That's because the release date for the DS Lite is March 2nd in Japan. Very tricky Nintendo

"It is light, it is bright, we have named it Lite for a reason" - Nintendo

Those dimensions aren't quite 100% Opium

Here is my try at translating this thing. It's not official but I don't believe I've made any serious mistakes in the translation. If anyone knows Japanese and wants to check, by all means~ {edited, forgot some stuff....}

On December 2nd 2004 started selling the Nintendo DS all throughout Japan (estimated price was 15,000 yen) which featured dual screens, touch pad, microphone capability, as well as Wireless net (via wifi) a fully loaded unique system. So far the system has been able to draw in a bunch of women and seniors who, until this system, had never played a game. Because of that the total of units sold (from shops to customers) has reached a record breaking 5,000,000 units sold in a speedy 13months time, which is the fastest that any game system has sold, in Japan.(Researched by?MediaCreate). By the end of 2005 a total of 5,700,000 units have been sold domesticaly.

I've just added some more info to my first post. As I hear things I'll add to it. 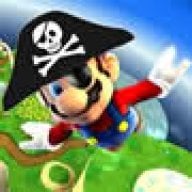 GBA Slot is confirmed. I want to see the back!
I hope there's still a hole for SL1...
Looks like I'm going to have to get a Superpass 2...

lol come on, the gba slot HAD to be included, they already made the rumble pack and i can see more things like the jam with the band expansion pack coming.

Im just curious to where the stylus goes, it wont be able to fit in vertically like the current design, hopefully its in the hinge so it can be longer...

the repositioning of the mic, start select and i assume now a power switch is a great improvement, i just hope they didnt get rid of the headphone jack

anyway, if I have to crack it open to reach the SL1 I will damn it!!

what's the cheapest passme2 to get?

anyway, if I have to crack it open to reach the SL1 I will damn it!!

what's the cheapest passme2 to get?

See the news post, 16,800 yen is about the same as the DS originally launched for. So expect it to be the same price as the DS was on launch.

Another word of caution, don't go and buy a passme2 for this thing just yet. The passme2 might not be able to cut it. The DS Lite's firmware will most likely be slightly tweaked. Perhaps we'll need a Passme3.

Should we expect the standard colors of White, Black and Pink?

maybe the same colours as the revolution is launching in?
T

It looks nice, prolly going to buy it, after selling my "old" DS... I just hope I can get a white or a black one. 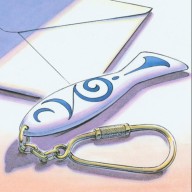 Same here.
What do you reckon I could sell a old DS for? 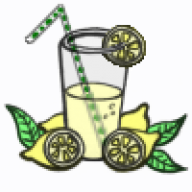 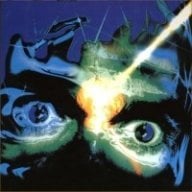 Might get it as well, once I know just how easy I can install FlashMe on it - and make another skin.

It depends, if you are going to sell it now, you'll get about 100~ euros maybe put a game with it...

But if you sell it just before the redesigned DS comes out, you'll have less bucks for your DS.
D

Once this is released, I think I may finally buy a DS

...and this, just after i bought one from bestbuy about 4 days ago (sunday).I may return it though, since several of the pixles on the lower screen are "dead".

Though, this is great information - thanks Opium!!! Any word of what size the screens will be?

^the screens are the same size as the original DS's. It's only the unit around the screens that is smaller

I'd get a DS Lite if flashme works with it and I can sell my current DS. I'll be strapped for cash if i'm going to save up for a Revolution.

Thanks for the fast reply

Retro-Bit pays homage to the Nintendo 64

@ KenniesNewName: Honey on strawberries such a treat 23 minutes ago
Chat 1