Chief Editor
GBAtemp Patron
Sep 24, 2020 at 3:53 PM
5,139 25 13
Tokyo Game Show 2020 kicks off today, with Square Enix leading with news regarding NieR Replicant ver.1.22474487139, otherwise known as the NieR remaster. The game has confirmed a release date for both Japan and the west, with the game releasing on April 22nd in Asia, and April 23rd in North America and Europe. NieR Replicant ver.1.22474487139 will be available on Xbox One, PlayStation 4, and Steam in the west, with a limited collector's edition available on all platforms. The White Snow Edition will come with the game, a pin set, a seven-book script set, a soundtrack set of two discs, a steelbook, and a collector's box, priced at $159.99, currently available for pre-order on the Square Enix store.

LONDON (24th Sept., 2020) – Today SQUARE ENIX® kicked off Tokyo Game Show 2020 Online with the announcement that NieR Replicant™ ver.1.22474487139… will launch for the PlayStation®4 computer entertainment system, Xbox One family of devices including Xbox One X, and PC (Steam®) on 23rd April, 2021. NieR Replicant ver.1.22474487139… is a modern re-telling of NieR Replicant, which originally released in Japan in 2010, and is the highly anticipated prequel to NieR:Automata, the post-apocalyptic action-RPG that has sold over 4.5 million copies worldwide. In NieR Replicant ver.1.22474487139…, players are invited to experience a dark, apocalyptic world as they join a brother’s captivating quest to cure his sister of a deadly disease - a quest which will in turn make them question everything.
Click to expand...

Day one fo sure
Reactions: sarkwalvein

Well, don't need to play this in RPCS3 anymore unless this goes the way of GTA IV for no reason.
Reactions: scroeffie1984

Although I don't think it will be benefitting too much from the remaster treatment (unless they're incorporating both 'versions' of the game), I'm not complaining... will almost certainly pick up a physical copy, but as great as that special edition sounds I can't justify that sort of money.
Reactions: CrossOut

Silent_Gunner said:
Well, don't need to play this in RPCS3 anymore unless this goes the way of GTA IV for no reason.
Click to expand...

If they don't improve the fishing mechanics, I WILL punch them.

And preferably give us an option to play as the father instead of the brother.

I've always meant to play this, never got around to it though, so I suppose will make it easier vs having to emulate it.

Pretty certain that it was confirmed that it was only one version. Either way, it should and I hope it includes both versions.
Reactions: duwen

I liked Automata. Hopefully I'll like this game too.
Reactions: Jerriel 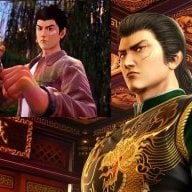 Just watched the livestream and noticed that the xbox one version can be upgraded to xbox series X according to the box art. No ps5 version. 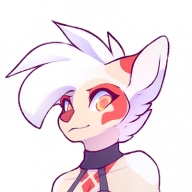 I will make the inevitable post that follows any news about something be ported for other systems.....

Where is the switch port? 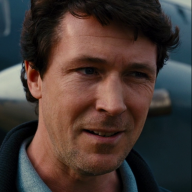 Pretty stoked for this, especially since we didn't get this particular version of Nier in the West before. I didn't much like Automata but the original is the GOAT. Kinda odd that every platform version of the Limited Edition comes with a digital copy of the game and yet also comes with a steelbook. Seems kinda silly. 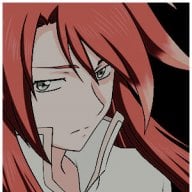 I'm so excited for the this game, played it on PS3 many times, but i really preferred gestalt instead of replicant, playing as the father was more convincing than the brother.

Ready your tears then, the first game story is even more heart breaking than automata.
Reactions: Jayro
C

I wish they would make a standard version that has the steelbook case. I find this never happens with many games and you always have to buy the special edition that costs far to much. I will stick with the standard version of this game.

CrossOut said:
I wish they would make a standard version that has the steelbook case. I find this never happens with many games and you always have to buy the special edition that costs far to much. I will stick with the standard version of this game.
Click to expand...

You could always shoplift a copy, if your concerns are purely cost.
Reactions: CrossOut 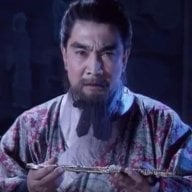 My depression is ready!

It's the square root of 1.5.
Last edited by Delerious, Sep 25, 2020
Reactions: IceyyColdSnipez 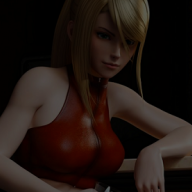 Outside of Dragon Quest, this is the only other Square-Enix published franchise I'll give my hard earned dollars to. I'll have to settle for the standard edition because their store is a shitshow when delivering to Canada.

NieR Replicant to get an updated release on PS4, Xbox One, and Steam

Dragon Quest XI S Definitive Edition gets release on Steam, PS4, and Xbox One this Winter