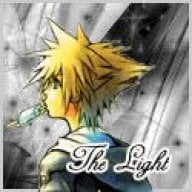 Hey, I've been on the forums for a while but not post often because I like to just browse but lately I've been wondering about soft mod for the Wii. There are a few games that I want to play for the Wii but I can't play them on mine because they are from Japan and I don't own a japanese Wii. I want to be able to play a lot of JP games for the wii but I don't want to spend the money to buy the japanese games or buy a japanese wii. Can anyone give me a list of links on how to soft mod a wii, since i don't want to hard mod, so i can play japanese games on the wii. If the links were in order with instructions on how to mod it and get it set up so i can play JP games, that would be greatly appreicated. The game that I would like to play most right now is Tales of Graces, once again, thank you in advance!!!

Yes, that one is one of the best.

Anyway, couldn't you search? There are plenty of guides around; there's even one in the stickies.

thanks, and yeah i did search but when there's a huge amount of information, you're sort of overwhelmed so i didn't know where to begin. thanks though.

M
How to mod Kirby's Return to Dream Land for Wii?