Would a mod mind changing the title to "More Prince of Persia info/screenies" or something along the lines. Decided to just save us the trouble and post new info on this post, since the previous info was already announced.


QUOTE said:
There were many attempts to revive the Prince of Persia franchise, but it was when Ubisoft and original series creator/programmer Jordan Mechner paired up to create Prince of Persia: Sands of Time that the series finally successfully broke into blockbuster status. With the movie version of that game ready to hit the big screen this Summer, Ubisoft's preparing to continue the story of the original Sands of Time with a follow-up that takes place within the seven years between the first game and Prince of Persia: Warrior Within.

The game is called Prince of Persia: The Forgotten Sands, and it continues on after the Sands of Time ends. Ubisoft's not ready to divulge all the story elements just yet, but the company is ready to show off the Wii version -- it's at the Nintendo Media Summit in San Francisco today, and Ubisoft walked us through a bit of the game to see where this sequel's going.

First of all, the Wii version is a completely separate design from what's being made for the Xbox 360 and PlayStation 3. It's being handled as a completely independent chapter of the Prince's adventures, but in context you'll never know which adventure happens first. Ubisoft's Quebec City development studio, the studio that worked on titles such as Battle of the Giants on DS as well as Cranium Kabuki on the Wii, has been put to the daunting task of creating a Prince of Persia experience that's exclusive to the Wii audience, and takes advantage of the strengths of the console and its controller.

Though I didn't get a chance to wrap my mitts around the controls and play the game myself, I did see a lot of very cool design ideas going on in The Forgotten Sands. The first level is the training for the player to show off the Prince's moves and abilities. His parkour-like acrobatics are in full swing in this sequel, as the level is laid out to give players a taste of some of the wall-climbing and ledge jumping that the series is known for. This training level also shows off the impressive visual engine and the scripted events that it's capable of -- all around the Prince, walls are toppling and pillars are crumbling, with sands rising up to dangerous levels. In the background the palace is clearly engulfed and entangled in massive vines, but again -- Ubisoft's not ready to talk context just yet.

The classic Prince of Persia puzzle mechanic is still at work here, as is the fully explorable 3D world that The Sands of Time brought to the table. Players will still need to navigate areas filled with traps and pitfalls while figuring a way through elaborate structures, getting from point A to B by clinging to walls and climbing ledges. Some of the early puzzles involved rotating a huge column of pillars and beams in the middle of an enormous room to navigate to higher ledges. There are also the hazards like spikes on the floor and buzzsaws cruising the walls that have to be navigated around and avoided like the plague.

The Forgotten Sands does not have the "reverse time" gameplay mechanic of Sands of Time, so if you make a mistake and perish you'll return to a designated spawning point in an impressive sand effect. You only have a set amount of retries before you're thrust all the way back to the checkpoint.

QUOTEHowever, the Prince has learned (or, rather, will learn) some new sand-based magical powers that can be summoned with the controller. One move can summon Sand Rings, giving players the ability to create hooks on walls to grab onto. So if a level lacks ledges or pillars to leap onto, you can simply cast a Sand Ring on the wall and leap up to grab it. This comes in handy for getting across pits or gaps that are just too far to leap across: toss a Sand Ring up on the wall and leap to that instead, then jump again to get to the other side.

Then there's the Sand Pillar, the ability to cast a rising rod of power that'll shoot the Prince up to high locations like a super jump. Combine that with the Sand Rings and you'll be able to thrust up high and grab onto a ring to make navigating tall structures a bit easier.

Finally, the Prince will learn the Sand Sphere, a power that'll form a bubble of sorts that'll let him float harmlessly in midair wherever that bubble was formed. Leap off a building side and cast the Sand Sphere, and you'll find yourself hovering safely out in the open air.

Now, these powers are great for navigating all the structures that you'll face along your quest, but they'll also come in handy during combat. Yes, like previous Prince of Persia games The Forgotten Sands is just as combat heavy as it is puzzle-based. Cast a Sand Sphere while in the middle of a fight and you'll be protected from an incoming strike. Blast an enemy with a Sand Ring and he'll be bound, leaving him open for an easy attack. And if you cast a Sand Pillar, an enemy can wander into it like a trap and get launched into the air.

There are some great new additions to the Prince of Persia gameplay introduced in The Forgotten Sands. At any time players can call up a light aura that'll cast a beam of light from the Prince to the ledge he's looking at, making it easier for players to see if the ledge they're aiming at is actually within reach -- if the beam of light casts onto that ledge then it's safe to make that leap.

The game has an RPG-like level up system that upgrades your character the more enemies you vanquish. The combat system in Prince of Persia: The Forgotten Sands features a cool strategy: groups of enemies have a leader, indicated by a glow around the "boss" enemy. You can simply go after him, and once he's defeated the rest of the bad guys go away. However, you won't get the experience points from the drone enemies this way, so it benefits you to go after the standard enemies before nailing the leader.

Another inclusion is the game's jump in/jump out cooperative two player. With a second Wii remote another person can take control of a separate reticule a la
Super Mario Galaxy and help player one in puzzle solving and combat. Player Two's reticule can slow down moving traps to make it a bit easier for the Prince to navigate areas. It can also bind enemies to slow them down during combat. The second player can use the pointer to draw on the screen to indicate where hidden items are for the Prince to find.

The Wii game, even in its early form, is running 60 frames per second which accentuates its fluid animation and gameplay. The visuals are pretty spectacular with some seriously detailed locations and enemies. Ubisoft anticipates that when The Forgotten Sands is complete in May, players can expect a good dozen to 15 hours from start to finish.

Watch for more on Prince of Persia: The Forgotten Sands as the game continues into development.
Click to expand...

Also, there's the SNES version of the original Prince of Persia included. That was the old post.

wasnt this mentioned in the first half of 2010 news thread already?

syko5150 said:
wasnt this mentioned in the first half of 2010 news thread already?
Click to expand...

Shame they couldn't put a good version in there, hated the art style of the SNES one.

Since this was already posted in the 2010 info thread, I just deleted everything I originally put and posted some brand-new info and screenies from IGN. Would a mod mind changing the title to something more appropriate? Figured it'd save us another post.

Anyway, the game is really looking to shape up. The graphics look amazing, run at apparently a constant 60fps, and has a lot of cool features. I'm actually hyped for this one.

I think this slipped under many radars, because many thought this was a movie-based game but it isn`t.

). The only thing that bothers me is the combat... Hopefully the emphasis of the game is more on plattforming rather then fighting many enemies.

I saw this the other day and I almost came. I loved the Prince of Persia games. 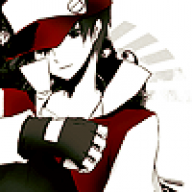 This looks and sounds amazing.

Anyone wanna buy me a Wii? I'm poor

I'd have preferred this game to be cell shaded, PoP 2009 is beautiful and I bet it would be easier for the Wii to handle a game like that.

Still, Prince of Persia is almost guarantee of -at least- a pretty decent game.

i saw this in the game awards, looks really cool but i wouldnt get it for the wii, even though it seems to have pretty nice graphics.

Well people are saying that it is a different game to what the others get and GoNintendo says that the screens shown are an exact representation of how it looks when you play it.


QUOTE said:
Prince of Persia: The Forgotten Sands is also a visual stunner. It honestly looked just as good as those screeshots you saw, and it was running at a silky-smooth 60fps the whole time. With each new second of gameplay that I saw, I couldn't believe how nice and clean this game looked.

I cannot stress this to you enough...Prince of Persia: The Forgotten Sands is not a rush-job or crappy port. This certainly looks to be a real-deal Prince of Persia game for Wii owners. That port we received awhile back of the older PoP game should not be an indicator of this title's quality. Prince of Persia: The Forgotten Sands obviously has had a lot of time and care put into it. Even if you plan on getting the 360/PS3 version, you'll still want to grab this one for the only-on-Wii adventure.
Click to expand...

My hopes have increased for this game, its been a while since I had faith in a PoP game. 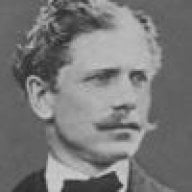 Sweet! Two PoP games to play!
I'm totally gonna get this (maybe pirate it) and the one for PS3.

they seem to be posting a lot of wii screens but nothing about the DS... or do they think it isnt as good (graphically)?

shakirmoledina said:
they seem to be posting a lot of wii screens but nothing about the DS... or do they think it isnt as good (graphically)?
Click to expand...

The DS is the short stick when it comes to this game, odds are. Although I would love to see if they could bring back original 2-D PoP style to the DS version, but odds are it'll be junk. They seem to really be emphasizing on the Wii version more than anything else.