Hi Folks: My Grandaughter knocked her White Wii, Ver #4.3U off of the table while playing a game. It stopped and with the disk still stuck in it refused to play again & would not eject the disk. I removed the Drive and was able to free up the mechanism with no undo force, it will now accept & eject disks as normal. However it will no longer play any games. I get a message on the screen "Can Not Read Disk" and then it ejects. I purchased a new (remanufactured) Drive from E-Bay and installed same, but with worse results. This Drive does not even light up, will not accept any disks, and acts like a paper weight. I have taken it apart three times, checked all the connections and still the same result,"Nothing". I even re-installed the original Drive and it works as it did before with the same error message. This Wii has never been modded and I have tried four different games which all worked before the accident. I'm at my wits end here and my Daughter-In -Law is driving me up a tree. Did I buy the wrong Drive?, am I doing something wrong?, or is this Drive defective, or is it something further down in the console causing the problem? Please accept my sincere thanks if you can help me with this problem. 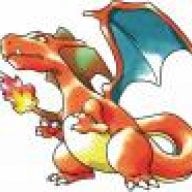 my advice is to change to usb devices

Bladexdsl said:
my advice is to change to usb devices
Click to expand...

That isn't an option since the Wii isn't modded and 4.3 can't use Bannerbomb.

I can, but the OP can't, seeing as his disc drive won't read discs.

@ AkiraKurusu: Though the bed in the Guest Bedroom is so large there's ironically not much space leftover... 23 minutes ago
Chat 2