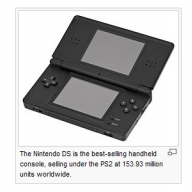 i need help for converting motorstorm pacific rift to pkg for PS3 HAN method, i want to convert this game with BCES00129 title id,i have seen this note in below page but i can't understand what should i do exactly?

Note: The game with the patch and the changed PARAM.SFO should be thrown to another folder, for example BCES00129GAME, as well as the patch separately unchanged in the native folder (BCES00129).

so i think have understand how to convert this, i have almost do this things: first i have put game folder for cfw2ofw helper and run proper exe file and after downloading update or patch, i have copied update files from it's new folder to new folder of this game (which both was created by cfw2ofw helper) and after that i have copied two folders to make-backup-pkg but before running do file i have edited PARAM.SFO file (from NPEA00129 folder), i have changed Category from DG to HG (also App Version must be 1.03) after that i have run do file and after other works are needed.
thanks.
update:
the game exited at certain point, i'm not very sure about this post, sorry, excuse me.
could anybody help?
thanks
Last edited by gp1993, Oct 19, 2018
Y

I think some people flashed their ps3 with cfw, then flashed ofw (official firmware) on top of it. In order to use "HAN" with ofw, with some benefits. Only thing I can think of. that or its a fake report on that compatibility list because I tried two methods with the same game. (or using HAN as apart of "HFW" (hybrid firmware) (that compatibility list official cfw2ofw something, is not very good)

(so far nothing but "cfw2ofw helper" worked with superslim ps3 and HAN ................ if that program doesn't use it, for not having an update or, not compatible the backup will not, and would not work, that includes the other programs ps3gameconvert_v.91 not working)

For HAN:
1. PS3_GAME folder (game conversion not needed),
2. Download update manually and extract it (folder should be called: MRTC00002, if extraction tool puts it inside another folder, take it out and put it alongside PS3_GAME),
3. COPY all files from MRTC00002 EXCEPT PARAM.SFO to PS3_GAME,
4. In PS3_GAME folder, edit PARAM.SFO and change Category, DG into HG; AppVer into 1.02,
(in hex editor, app version number after "title id", change DG into HG)

7. inside the "make-backup-pkg" replace the following line with the new one, to detect the patch folder correctly (make change to the "do.bat" file):


Motor Storm Pacific Rift (also does not work, its just a false report on that compatibility list) (it probably works with CFW, but not HAN with OFW on a super slim ps3)

(the files are being physically modified, the immediate answer is it will not work. the long answer is "cfw2ofw" works for some backups without modifying, and maybe its patch routine will work for the modified files, also wrong.......................thats the trend in the ps2/ps3 hack scene, of some bad information nobody reports properly) (Tales of Berseria (bljs) using cfw2ofw and the english patch works on superslim, golden axe beast rider (bles) also works, these are some false reports too? They do work)


edit - CHECK THE THREAD BELOW, THE GAME DOES WORK ON HAN, ONLY IF ITS "PREPATCHED" already, since those instructions or variations don't exactly work.