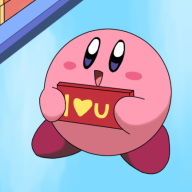 Im kinda a noobon gbatemp but I know somethings about wii homebrew and hacking so I decided I wanted a fresh start so i decided to backup my nand and comepletely restore my nand back to factory default settings. After doing this I upgraded back to 4.3U and downloaded letterbomb once again. (I had a softmodded wii and I downgraded to 4.1 previously) When I opened letterbomb It was normal until it got up to the screen saying the stuff about scamming and then the thing that says press 1 to continue didn't appear I've tried everything I can find and so far none of it has worked and I'm getting frustrated.

Any help would be greatly appreciated!

Letterbomb requires 4.3/IOS58. If you didn't upgrade again through an official method make sure you have the latest IOS58.

GreyWolf said:
Letterbomb requires 4.3/IOS58. If you didn't upgrade again through an official method make sure you have the latest IOS58.
Click to expand...

How would I get the latest IOS58 without homebrew? And I upgraded through the settings option.
Last edited by AkiraRunner, Sep 12, 2016
J

I fixed it! so im happy now but thank you for trying to help anyway.

C
I Cant get Games To launch

B
Cant tell if wii is low level bricked