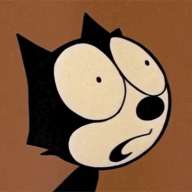 So I'm pretty new to the xbox modding scene. I was looking forward to mod my 360 slim from 2010.
I hadn't touched it in a few years as I didn't have enough games for it. And now I'm planning on modding it.

After browsing for a while I found out that it doesn't have a softmod.

I'm pretty bad at soldering so doing rgh is gonna be tough for me. I can give it a try if I get my hands on the components tho.

So I thought of going for the ODDEs.
xkey360 , wasabi360 , x360dock are all sold out on the sites I went through.
Some of them didn't ship it to India. So what's the best way to get my hands on one of the ODDEs ? ?
Sort by date Sort by votes

An ODDE is much the same as a DVD mod so whatever is necessary for your DVD drive and update level (obviously don't update until you know what you are doing for this but the dashboard version helps in this) -- some DVD revisions and firmware updates to them are harder than others, or take different means. Naturally some of the slim models are harder than the earlier models, or need you to do RGH instead (DVD drives are tied to consoles with console specific keys, can dump the keys from the drive with varying levels of difficulty or you can read them from the 360 itself if you have software access but if you have software access/RGH you might as well continue with that).

Finding an optical drive emulator... good luck. They were never that popular, quite expensive when they were available, not made much any more (if at all) and subsequently have become somewhat desirable for modders (easier than faffing around with dual layer discs and sorting a suitable burner -- later games, see XGD3, benefit from either a select series of drives or need you to run a program to put many others in a certain mode for the next burn). You can search around modding sites to see if someone has some stock, wait for one to come up on a selling section of forums like this, ebay and amazon tend to block such things but sometimes things slip on there anyway (often with non standard names, hope some bored mother selling a console her kids no longer use sells one with one (most people that knew enough to get one back when will probably have kept it), hope some new team comes out with one (doubtful but not impossible, or at least I would not hold my breath as traditionally such things tend to have to become retro and cool again* or the drives start dying off to the point where it is an option), or I guess learn enough electronics that you can develop and build your own (and that will almost certainly require you learn to solder very well).

*granted at the rate 360 prices for games are creeping up now that seems to be sort of happening.
Upvote 0 Downvote