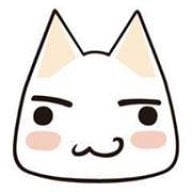 Hi, It's possible to implement some of modifications from PC Minecraft to Vita version?
Like new textures or mods?
V

If you use a decrypted version of the game (which I assume you do since you wrote this in Hacking & Homebrew) you should easily be able to change textures.
Just try replacing the textures from the standard texture pack.
I think someone here in the forum already did that. Use the search function.

The best you can do is getting used to vanilla Minecraft and change this awful standard texture pack to one you like (presumably not one of the texture packs they sell for the console edition since they are aweful too. Maybe mixing the standard tools/items and the blocks/animals/enemies from the cartoon pack could look nice)

Does Minecraft for the PS Vita exist as a cartridge? If so, should I get it?