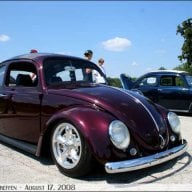 Hello. I bought the M3 real for my DS years ago, works a treat but for some reason when i bought it, i chose the rumble feature rather than the GBA Ram expansion. The rumble feature doesnt work, it just makes extremely loud dildo-esque vibration noises from the second it's connected until it is removed.
ANYWAY, want to play old GBA roms on the M3, and having scoured through the net, there are absolutely NO reputable companies in the Uk that sell them, and I dont feel safe ordering from China.

Does someone on here have a spare kicking about i could buy, or what are my other options? The EZ 3in1 looks like a good job too, but again, no reputable sellers in the uk. Thanks

Like the EZ-Flash IV, it is no longer made and the number of vendors are shrinking.

To make you more aware that the UK government is fairly hostile to flashcart vendors like it is in Japan, so fining a local vendor is improbable.