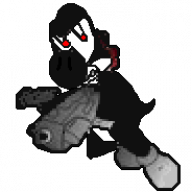 So, I remember when I first got Gen 5 I was waiting for Pokemon Black to come out and I bought it on Amazon. The game came in Japanese and when I played the English version, I noticed something didn't feel right. What I mean is they removed all the Japanese text from UI elements for the English version. What I'm looking for is a hack/patch that keeps the Japanese UI elements/graphics while using the English translation. It could be based off of either the US or Japan version as I do own both localizations. It would really be a good nostalgia trip if I could play the English localization of either Black or White with the GUI from the Japanese version, as well as do the same with their follow-up counterparts.