Gaming Looking For a Gamepad

I am looking for a gamepad for my Computer i was looking at this one http://www.logitech.com/en-us/gaming/contr...rs/devices/7361. It has no reviews and i was looking for some info about it from someone who has used one or if there is a better one out there. My price is $60 no more.

Save yourself some money and just get a Xbox360 controller. They pretty much do their job and they are pretty cheap. 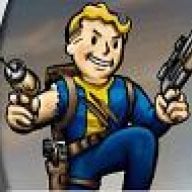 I was going to say just get a windows version xbox 360 controller since most of the games for windows games don't want to work with other controllers, only the M$ one.

But I just did a search and found a 360 controller emulator program, original ver here, and apparently another dev has added to the prog here. It emulates the XInput commands needed using another gamepad.

Haven't tried it myself yet (at work), but looks promising if you already have an old pad.

Also saw something called MotionJoy that lets a PS3 controller work in windows and also can emulate a 360 controller if you have one of those.

Myself, I use an old Belkin Nostromo 45.

I've got a Logitech Dual Action Gamepad. Seems very similar to the wireless gamepad you have, so i would assume they are mostly the same. It's basically a perfect replication of the PS2/PS3 controller. It even has clickable button analog sticks (L3/R3). The Xbox 360 controller has the same amount of buttons as it (except the Xbox home button). I would highly recommend the dual action at least, i've had it for quite a while and it's very sturdy and all the buttons, dpad, and analog sticks feel great. The dpad is really impressive and responsive.

I have to assume that your pick is mostly the same. If it's anything like the dual action, it's a really solid gamepad. Looks like your wireless one has rumble (mine doesn't, i never liked rumble much) AND a home button (it's very close to a real Xbox 360 controller in terms of function). If you run into a case where a real xbox 360 controller is a requirement (Mini Ninjas was the only one for me), there's an Xbox 360 controller emulator you can find floating around that forces games to work with your picked controller. Worked for me. Or you could give xpadder a try for other games you're having trouble getting to work with a controller (i was able to force keyboard-only game Beyond Good and Evil to work with my gamepad using xpadder).

If it doesn't have to be wireless, pick up a PS2 controller and an adapter to plug it into USB (no drivers needed). Best PC gamepad I've ever had.

Wired 360 controller, or wireless with adapter gets my vote as well.

Love it as a gamepad, been using it as one for quite a while now.
A

I would go with the logitech. From my personal experience any device ( keyboard, mouse, controller ) that was made by micro$oft died or broke way to early in its life compared to logitech devices that last years longer. I have had a logitech tracball mouse that is over 8 years old and it still works. Most micro$oft last around a year befor they break for me. And I take care of my devices I don't drop them or throw them on the ground when I lose a game. So I would go logitech for sure !! But that's my opinion. I own the logitech wireless rumble pad two and love it. It's designed like a playstation controller shape
D

i have a logitech dual action gamepad and its great the one downfall it has is the square analog stick holes(you get used to it) i got mine for $20 on special oh and the driver doesnt detect it now for some reason after i installed a legit version of windows 7
ps. get xpadder

I use a PS3 controller.
Works fine.

Looking for a new Wireless Keyboard

Is there a cheap wireless gaming mouse that doesn't suck?