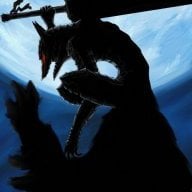 First off, I have both GameCube and Wii games on the same Fat32 32k cluster size external hard drive. I was under the impression that when I clicked on a GameCube game from USB Loader GX, that it would immediately load up, syncing automatically with Nintendont and loading seamlessly. Instead, after I click the game, it loads Nintendont, which always asks if it's loading from SD or USB. The games work fine however, but I'd like it to load seamlessly.

Also, another problem is that after I load a GameCube game, it remains locked on top of my list of games listed under USB Loader GX, which is just Wii and GameCube games. I added a gamecode ID to each GameCube game folder, like my Wii has, but that did not fix it. Unless I have to delete them all and add again?

Any help would be much appreciated. You guys already got me this far.

Well the autoboot fixed running the game seamlessly. Thank you. Also found out the reason why they were stuck on the top of the screen. It was under most played, not alphabetically. Oops.
Reactions: TotalInsanity4

USB Loader GX Not Connecting to the Internet

V
Nintendont on usb while wiiu wup games are on another usb : doesn't work?