LEGO Pirates of the Caribbean announced

Coming off of the enormously successful (and apparently never-ending) series of LEGO adaptations of popular film series, Disney and Traveler's Tales have announced a partnership to make a LEGO game based off of the Pirates of the Caribbean film series. According to the official PR, the game will cover events of Curse of the Black Pearl, Dead Man's Chest, At World's End, and even the not-yet-released 4th film, On Stranger Tides.

This is the first LEGO adaptation of a Disney film series. Previous entries in the LEGO series included Star Wars, Indiana Jones, Batman, and Harry Potter. I'd have to expect even more LEGO adaptations of movies to come since there's no sign of the games slowing down. LEGO Pirates of the Caribbean is cited to have over 70 playable characters and more than 20 levels. You'll explore worlds from the film series and the story will be recreated in the humorous LEGO style (meaning no voices, just mime-like gestures and action).

There are no screenshots or videos available yet. Lego Pirates of the Caribbean is currently scheduled to release alongside the fourth movie in May 2011. It will be available on Wii, DS, Xbox 360, PS3, PSP, and PC. Expect some media to be released soon. It's not expected to be much different than any other LEGO game in terms of gameplay, but people who love the series and can't get enough LEGO will likely be happy to hear this news. At any rate, you can probably expect the LEGO series to keep on pumping out games for a long time to come (just watch, there will probably be a LEGO Lord of the Rings someday, perhaps near the Hobbit movie's release). [/p]
Official press statement for those interested-

BURBANK, Calif. — (November 18, 2010) – Disney Interactive Studios and TT Games today announced that they are joining with The LEGO Group to bring Jack Sparrow and other familiar characters to life in virtual LEGO® adventures with LEGO Pirates of the Caribbean: The Video Game. The video game is being developed by TT Games, the group behind a portfolio of critically acclaimed, best-selling LEGO video games, and will be published by Disney Interactive Studios for the Wii™ console, Xbox 360® video game and entertainment system from Microsoft, PlayStation®3 computer entertainment system, PSP® (PlayStation®Portable) system, Games For Windows – LIVE and the Nintendo DS™ family of hand-held systems. The video games will be released simultaneously with the highly anticipated new film “Pirates of the Caribbean: On Stranger Tides” in May 2011.

LEGO Pirates of the Caribbean: The Video Game will re-create the action, adventure and memorable moments of the Pirates of the Caribbean mythology in LEGO form, incorporating the humor of LEGO minifigures and fantastic worlds built from LEGO bricks and elements for players to explore. Players can take on the roles of more than 70 characters and experience the pirate adventure, irreverent humor and amazing creatures of the Pirates of the Caribbean films, through action-adventure gameplay and hilariously quirky LEGO cut scenes. Throughout the game, players will also have the freedom to explore environments from the highly acclaimed movie series in more than 20 levels. The game features two-player cooperative mode, in which players each control a character to experience the story together, and freeplay mode, which lets players return to levels to discover new items.
“Pirates of the Caribbean is a globally successful franchise based in action, adventure and humor perfectly suited for a LEGO Pirates of the Caribbean: The Video Game adaptation,” said Graham Hopper, executive vice president and general manager, Disney Interactive Studios. “Combining the excitement of playing as Jack Sparrow and other recognizable characters from the franchise will make the game fun for players of all ages throughout the world.”

“The action-packed world of Pirates of the Caribbean is a perfect fit for LEGO video games,” said Tom Stone, Managing Director of TT Games Publishing. “With so many wonderful characters, in such amazing environments, our teams are having great fun – and we’re sure that players will, too.”

In a companion release today, Disney Consumer Products and The LEGO Group announced an upcoming collection of LEGO brand Pirates of the Caribbean construction sets that will launch in conjunction with the video game and film release in Spring 2011.

I'm still waiting on a Lego Spider-Man.....But this may be cool too.

It's going to be said...can't wait to pirate this!!

70 chars and on all consoles , what else do u need
PS - Truly revival of the dead

I didn't even like Pirates of the Caribbean. I really don't see why people do.

But some of the past Lego games have been good although they almost all feel like reskins of each other, just one or another has either more platforming, more puzzles, or more action. 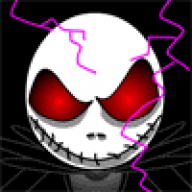 JinTrigger said:
I'm still waiting on a Lego Spider-Man.....But this may be cool too.
Click to expand...

JinTrigger said:
I'm still waiting on a Lego Spider-Man.....But this may be cool too.
Click to expand...

Lego Spider Man huh? You should see this stop-motion, licensed too.
http://www.spike.com/video/lego-spiderman/2852327
T

Really, i agree with Guild, all games just looks (and feels) like a re-skin of the other... Not that I don't like these games, au contrarie, i do, but i think there should be some innovation... Something that shouts "This is a LEGO game with a movie inspiration", you know? 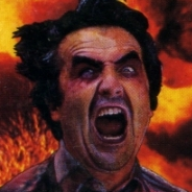 Arctic said:
If you ask me Lego is the only toy based company that can pull off a game.

I think we have enough LEGO games for DS now.

They are all the same, aren't they? - - At least the movie-based ones. 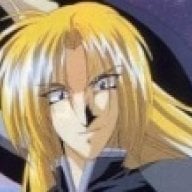 Etalon said:
I think we have enough LEGO games for DS now.

They are all the same, aren't they? - - At least the movie-based ones.
Click to expand...

Why change a working concept. The games are fun and this way you can choose your favorite movie trilogy. Besides: It's for DS, Wii, PS3, 360, PSP, PS2(?) and PC. Not only DS.