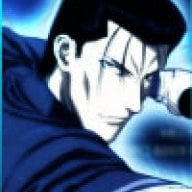 For all who don't know, the Knowledge Generation Bureau is a new text service where you text a question to 542542(KGBKGB). They have 10 minutes to respond with the correct answer or the answer is free ($0.50 otherwise). The ads are pretty clever and give it a rather decent image, but behind that guise larks some kind of genius plan (besides the obvious one - profit

). What do you guys think about the whole concept and what types of questions would you ask them? Can they be stumped and if so is a free answer really worth it?

Here are the 3 ads so far. A fourth is supposed to be released/aired on Feb 2.

We have one of these in the UK (AQA). For the most part it's useless, but can provide 5 minutes of entertainment in the pub. If you ask a silly question you get a silly answer, I can't remember what they asked now but the guy on the other end had a sense of humour so the respose was rather funny

My mate stumped them once as well, asking about the average speed of the Google Maps swimming team was a little too obscure (we'd been talking about that thing where if you ask for directions from the UK to America Google tells you to swim across the Atlantic, a text message was too short to put it into context).

The EoFCast: Episode 46 (The Search for Episode 45)

Computer Technology and Gaming Yesterday at 2:57 AM
Costello