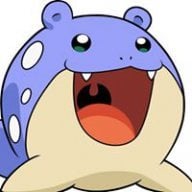 I have had no problems before until now. So the background. I used kiwi ds to replace the learnset file for pokemon bw and b2w2 before using kazo tool. I downloaded an actual moveset for every pokemon from bw from kazo as well. The issue here is that I could edit every pokemon but the kyrume forms. I rebuild the roms and they work fine. Right now I was thinking of using his old editor to see if I can edit teh kyreum forms by extracting the narc. When I open the narc using kiwi ds, it says it loaded the file but I cannot see the file or any of its content on the editor, the file list is blank. What did i do wrong?

Homebrew Nitro SDK in a Box