Homebrew Is my save file gone?

I had to restore my 3DS from a NAND backup today and when I went to play Yoshi's Woolly World, which I had downloaded after making the backup, it was gone. I checked in the System Settings Data Managment and the game is grey with an X over it. I tried making a save backup but it wouldn't save. It doesn't show up in JKSM or Freeshop's game list either. In Freeshop it says I own the game but pressing play gives a "The SD Card was taken out" error. Is my save file recoverable? I don't want to lose my progress.
Last edited by GalladeGuy, Feb 5, 2017 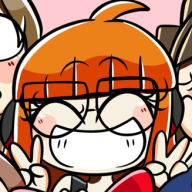 How can I do this?

you can find it or you can use tikshop
Reactions: GalladeGuy

rikumax25! said:
you can find it or you can use tikshop
Click to expand...

Homebrew How do I recover GBA VC saves?

Hacking Checkpoint - Save restore wiping save on Metroid Samus Returns

ROM Hack What is the save location?

Homebrew How to safely delete games without losing data?

@ RichardTheKing: Okay, how do I disable that "GBAtemp wants to enable push notifications" banner at the bottom of... 14 minutes ago
Chat 1