Gaming Is it possible to remove corrupted file error 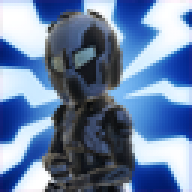 Not for piracy. just wondering has anyone done it on a retail console.
Sort by date Sort by votes

By deleting it?
There's no way to run pirated games on the 360.
A few exceptions exist like GOTY disc DLC.
Upvote 0 Downvote

most should be afaik. most goty games come with a content folder on the disc with the dlc. that's the folder the content goes in on the internal hdd. I think it's always or almost always drm free. I've heard that a couple games, very few, are actual installers that don't have a content folder, but that is very rare. try it and report back cuz I'm pretty sure it should work. the xuid of them is all 0s. that's basically your profile id. on a rgh.jtag, it's still needed for avatar stuff but that's it.
Upvote 0 Downvote

it's been so long since I was only using a flashed drive (maybe 8-10 years) that I'm basing this solely on memory. to get that folder on to the internal hdd, try party buffalo. however, it does have issues with very large drives. it may be easier just to use the disc install method. a flash drive or external hdd may also work, but I'm not sure. I'd be really interested in that if you try it. kernel 16xxx iirc allows 2TB external hdds. before that, we had to use this app by supermodder. the app cost $30, but some people hacked it. I never used it though to say if it was any good.
Upvote 0 Downvote

@godreborn Ok thanks... i currently have exams so i will try after that.

it says to install update from USB. earlier once i tried . there is a combo which brings up a screen aking yes or no to move forward.

Can we install older dashboards like this....?
@godreborn @DinohScene
Upvote 0 Downvote

btw, fyi, there is no way to hack the 360 with a usb. even flashing it requires opening the system, and you also can't flash the drive via jtag. the same process must be used. it's not hard to flash a drive if you use jungle flasher. I think some methods may require soldering. jtag/rgh do for sure. however, with flashing, most do not. remove the faceplate, inside you'll see some wires to get make. you can get make sometimes make and model if you eject the disc tray and look at the shape of the tray. unfortunately, flashing a drive will not allow xbla stuff to work though. the 360's security was far better than the ps3's. though, what can you say when you implement a security scheme and you don't understand it, which is what sony did?
Upvote 0 Downvote

Disney Sing-It, and its game files...