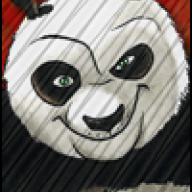 Well I recently spent a day working on my friends iPhone 4 and thought I might as well share my experience and work.

Now to begin a few years back I wanted to make the iPod stream on the TV. I spent months going through cables and connectors and none of them worked.

Until I found a solution just when I was about to give up.

Step 2: Search TV Out and pick Display Out. Display Out is a setting that can be found in settings. It enables the streaming. I formerly used TV Out but that's no longer found on Cydia.

Also Display Out might be highlighted in blue if that's the case either decide to pay for it or get a ripped version. Both are same and work fine but one costs money while the other is the pirated copy. I will not explain how to get it free. If you know a thing or 2 about cydia you will figure it out. I added a known source who pirates everything and makes it free off of Cydia.

Step 3: Preferably Best Buy because that is where I got mine. Anyways go to Best Buy and get a iDevice Dock AV Connector. It's not meant for tv streaming its supposed to be for music but with cydia and display out it can be used to stream. I got a bundle which was in white and it came with a few dockings such as iPhone or iPod or even iPad connectors you attach to the dock. It also came with a charger you put in the back of the dock and you can charge at the same time while streaming. There also are 2 ports one for AV cable and the other one is a cable... I can't recall off the top of my head but the AV cable is what you should use. Anyway I hope you can find it. They might not sell docks anymore. When I got it mine costed 60. A few months back found the same thing in the same store for 25 bucks. Yeah so have fun.


Possibilities: I am going to explain why this is such a cool ability you can do with your iDevice.

Possibility: 1 Let's say you like anime. Of course most people here do. I have Oplayer so I download anime directly onto that then play them via tv using the steaming method. Works like a charm and it's awesome.

Possibility: 3 Now this may not apply for all. For anybody Turkish this might make you happy. Well my parents miss the country they were born and raised in so of course when I learned this I relieved them. Anyways some apps on the App store allow users to watch live tv. Now for me lets say I download ATV(Turkish Channel). I decide to stream it. Yeah this can be streamed as well. It's overall awesome. My mother no shows off to all her friends nowadays that their friends are paying for service to watch Turkish channels while I set up a free method.

Possibility: 4 Now this will grab interest. This I did all by myself and figured out. So I am into movies first off. Can't buy me I'm tight on money so don't flame me. I found a website that encodes and converts latest BluRay quality movies into universal 480 resolution mp4 quality. Yeah I sync em onto the iPod and stream em on tv. I watched Avengers on tv than most people watched it in theaters for example.


Anyways short and simple don't rip on this streaming though iDevices have so much possibility. If you have any questions ask away.

Ugh... You do know you could've just said it displays the iPod's screen onto a tv...

What's the fun in that? iDevice sounds more pro

dont they make cheap media players? why not get that instead and stream to it over dlna? iDevice Dock AV Connector sound like too specific of an investment.

No need to follow my tips. Plus I don't know the name. I just named it that. It can be called an Apple Dock AV Connector for all I care. I just know best buy stocks on them and the price varies. Glad you have feedback on my tip though.

Another useful tool is Resupported, though I don't know if it's been ported to iOS 5 yet. It allows you to use many 3rd-party A/V out cables when you don't have the official one, and also has a side benefit of enabling any application that does fullscreen Youtube-like video to play via those cables. You don't want to have both Resupported and Display Out running at the same time though, as they kinda conflict when doing fullscreen video.

I am not a fan of resupported. True it works but in previous experiences I have had it didn't work "completely". My dock tip works 100%. It is actually easy to understand to. The iPod/iPhone already has the ability to display on the tv when you dock in order to listen to music. The Display Out is only something to "unlock" that ability.

Is it possible to mirror/cast *online* video from an Android to PS3?

@ KenniesNewName: One deck to rule them all for a good decking A moment ago
Chat 2