Hacking How to Fix other PKMN Versions

Hi,
Firstable I want to say that in this topic I speak with DS-scene Rom Listing numbers.
As the M3 Team forgot to fix 4791 - Pokémon Version Argent: SoulSilver (F), I tried to fix it, and it works fine for me.
You just have to open your SS Rom with a Hex Editor.
At the start, they will be something like this :

Code:
Ok so the M3 firmware check what rom you open and what AP-fix to use (or not) by reading this. So you just have to tell the M3 that it's a Rom who already been fixed.
We will replace the name and number by one of a fixed rom, I used 4786 - Pokémon Version Or: HeartGold (F).
So I replaced :

And it works. Also, the flashcard will use cheats from the fixed rom. Not a problem for me because cheats for the 2 (F) version are same, like for the 2 (U) version.

Thanks for reading, sorry for my english, and remember : THE PATCH WALKS ! XD

PS : Maybe this works for other flashcards, I can't test this.
N


use you touchpod or sakura?

So i got the German Version of SS, if do this wihich do i have to use? The one for the German version?
P

There is no fix for the German versions on the M3 firmware yet, so you can only try the fixes for the US respectively the French version. Since the "fix" does not work for most people, it does not really matter however. I guess the real fix will come in the next update.
L

No i meant which cheat.db do i have to use for this. Cause it says that you will fix with this tut every Version of the Game.

Ribesg said:
You must have Sakura 1.47X or Touchpod 4.8
You must have POKEMON HG IPKF01 at the start of your ROM.
Click to expand...

So what if you have Heartgold? Do you just do this method in reverse?
P

I think the topic creator meant it this way:

Adding to what I said earlier, the freezing only stops for you if you're super lucky. 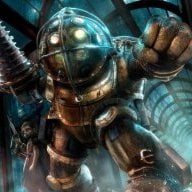 Sorry, I was busy.
So, if the roms have all same AP, if you force the M3 Firmware to use AP-fix on this rom, it must work.
It worked fine for me, my girlfriend play the french SS and me the HG, but the SS was not fixed.
So I just forced the firmware to AP-fix the SS rom this way.
But what I wanted to say was that you must use the name and code of a fixed ROM, so you can't use SS German rom to fix HG German rom.
If AP are exactly the same, you can fix both SS and HG German rom by replacing the name and code in your rom by those from the French HG rom, or by those from one of the US rom.

It works fixing SS (F) ROM with HG (F) ROM. Don't know for others, but I do not see why it would not work.

B
Hacking Just updated my switch to 14.1.0 and getting a crash when I try to load atmosphere