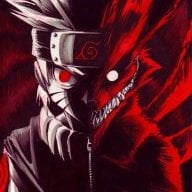 Right I have an acekard2.1 and I'm using the AKaio software on it.

1) Firstly I can't seem to get moonsheel working, I've downloaded moonshell2.0b that wolfman51 has uploaded and translated. I've got "Moonshl2" folder and "moonshl2.nds" on my root directory. I've also attempted to use the Acekard+ DLDI that I downloaded from the site given in the tutorial on DLDI's (http://chishm.drunkencoders.com/DLDI/). The file doesn't open on my computer and I've also put the DLDI file on my root.

Also related to moonshell I've tried opening dpgtools of the misctools folder as I read in a guide for the first version you use dpgtools to convert your media into a format that can be read by the DS. How exacally do I use this dpg? When I open it (Im assuming its thefile called dpgenc.exe it looks for a youtube address! How do I get it to convert files I have on the computer?

2) For tower defense. I've put the maps on the root and I've got that DLDI file (see end of paragraph of question 1) on the root. It gets stuck on the 'initalising FAT screen'

3) This is the platform Zelda homebrew game. Which quite simply does not work. It only brings up that purple 'loading' that appears when you first use the AKaoi software.


HELP!!! I'll probally ask more questions regarding moonshell once I get it working and thanks in advance!

You have to actually patch a *.nds file with DLDI for it to work, unless your flash cart autopatches with a specifically-named DLDI file in a specific folder.

The homebrew Zelda game relies on a GBA-like filesystem and thus cannot launch on any slot-1 device.

ROM Hack How do I get NSBMD textures to compile in Format 5 (Texel 4x4)?