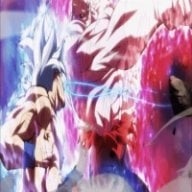 So far so good, I downloaded SDSME and got ready to modify.

The problem is that there are some trainers like the Rival, where the attacks appear unchecked, as if implying that it cannot be edited, if I check the attacks box I can change them, and I also included another Pokémon to Rival Team, but once I enter to play the changes do not appear, on the other hand with the trainers that the attacks do not appear unchecked if the changes that I make to the team appear, for example with the Gym Leader Pegasus if it has worked for me to modify his team, but instead with Rival (which is one of the many fights that appears with unchecked boxes in SDSME) the changes don't work, I don't understand why.

I tried another editor and downloaded PPRE but the same thing happens, that is, there are trainers whose options appear unchecked and it won't let me edit them.

For example here, as you can see, it doesn't let me change the attacks, every time I edit a trainer that appears like this (with the attacks unmarked) the changes he makes to his team have no effect (neither add more Pokémon, nor change the levels your Pokémon, or check the attack box and change its attacks). On the other hand, if when looking for a trainer in the list, his attacks do not appear unchecked, the modifications that he makes work in the game.

Thank you very much in advance for the help.

Help me please thank you.

Can someone help? Thank you.

Apparently, no one knows how to help.

RocketRobz said:
Apparently, no one knows how to help.
Click to expand...

But there are a lot of Pokemon HeartGold and SoulSilver hackroms where they've modified everything, anything, so there must be a way to change the teams of the trainers that come with the boxes turned off in the various Pokemon Heartgold editing software like SDSME or PPRE.

I don't want to be rude but you don't sound like you appreciate the work done by the people who made the tools and the effort that goes into making these tools. Don't blame the tool for not being able to do anything you want.

Try and wrestle trough this, i hope it helps you to find what you want...
https://projectpokemon.org/home/forums/topic/41883-pokemon-ds-rom-hacking-tutorials/
Reactions: Robertuxo

zxr750j said:
I don't want to be rude but you don't sound like you appreciate the work done by the people who made the tools and the effort that goes into making these tools. Don't blame the tool for not being able to do anything you want.

Try and wrestle trough this, i hope it helps you to find what you want...
https://projectpokemon.org/home/forums/topic/41883-pokemon-ds-rom-hacking-tutorials/
Click to expand...

I have not blamed the tools, sorry if it was misunderstood. The tools seem fantastic to me, the problem is that Pokémon HeartGold and SoulSilver for some reason have trainers that cannot be edited, but there must be some way since there are all kinds of hackroms that have modified Pokémon teams of trainers like the Rival or Rocket soldiers, so there must be a method to achieve it, is what I ask and what I am desperate to know how it is, thanks.
Reactions: zxr750j

Several days have passed since I wrote the post but no one has responded yet, there must be some way to edit the rival's Pokémon team, because if not, no one would hack Pokémon HeartGold roms where they modify everything, hopefully someone can help . 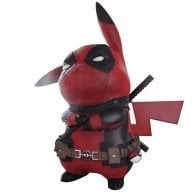 I can't tell about what everyone' have in mind, but I may guess people don't know, don't care or they didn't like the way you asked for it.
Also they may have disliked about your impatience bumping your thread so many times.

I'd guess you won't try this because I've a feeling you want everything done for you.

Have you tried getting one those hacked versions and learn from there how they have done assuming they've done what you want to do?
Or use those to create your own also assuming those trainers can be modified in those hacked roms.
Last edited by KGBEER, May 24, 2022

Fixed, it was silly of me as I wasn't editing the correct trainer, I'm an idiot. You can delete the thread if you want (I don't know how to delete it, I've looked for an option but I haven't found it), thank you very much.

M
ROM Hack Emulation Is there anyone who creates Pokemon Rom Hacks?

ROM Hack Can anyone help me hacking Pokémon HeartGold?