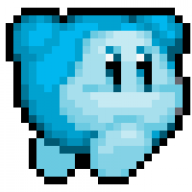 Hey guys, I'm back! I just found out a problem which started today like, around 2 PM... or 3 PM, but whatever.
Today, my baby brother (he's four year sold, is that considered a baby?) wanted me to open a video for him. So I went to YouTube, but before it finished loading, my Google Chrome (Incognitos) closed itself and opened YouTube with my Internet Explorer (which sucked in the computer I am currently using).
I closed it and tried opening it again and again, but it still went to Internet Explorer.
I tried searching with Google, to solve problems.
I typed, 'when typing word 'youtube' google chrome closes and opens IE', but when I searched it, it closed too and opened Internet Explorer. I tried every way to search as possible, short forms and long forms, but it kept opening Internet Explorer.
I eventually got bored and tried to read some mangas on MangaReader.Net, but when I did that, nothing happened. Internet Explorer didn't open, so I guessed that if I typed in the word 'youtube' then it will close and open Internet Explorer.
My IE sucks, when I use it that is. Either it hates me or it hates me. Like, the moment I reached Sri Lanka, I updated the Internet Explorer but it was still the same, so that's why I hated it.
Anyways, I NEED HELP PLEASE!
If possible.
Thanks in advance,
-Diabolos
D

I don't think it's Google Chrome. I think it's a virus. Update your anti-spyware or virus-deleter-thingy and do a complete scan. If you don't have one, you MIGHT be screwed.

Oh well, guys. Forget it. Now I can enter it for some reason today. Maybe I just had to shut down the laptop and open it again...
If any mods/admins are reading this, you can close this topic now. Same as my other topic.
J

Your browser has been hijacked... There's an easy solution :
Use "HiJack This" and then submit a log to the team and they'll give you instructions pronto!

[If you're advanced like me, then I'm sure you know what todo with your hosts and whatnot.

That's not normal though. Internet Exploder and Chrome don't just do that. You have a more serious, underlying problem with your PC that needs to be looked into.

Download the Home edition of Avast Antivirus (free) here. I recommend this to all of my clients and friends and have been personally using it myself for years. You can register it for a free license if you're going to keep it, the license is good for a year and only requires name, email address, and birth date (maybe not even that last one). Otherwise, just uninstall it when you're done.

When it is installed, open the Avast interface (double click the icon for it or open it from your system tray), left click "Scan Computer" on the left side. Click the "Boot-time Scan" sub-option. Click "Settings", make sure "Unpack archive files" and "Scan for potentially unwanted programs (PUPs)" are checked, you can leave Heuristics at Normal though I typically set it to high when I scan. "Areas to scan" from the drop town menu up top, set that to "All harddisks". Click "OK" at the bottm, click "Schedule Now", then restart the PC. After Windows loads but before your login screen shows, it'll perform a system scan, which provides a little better chance of detecting malware before it has a chance to load.

Try Combofix that should fix it.

@ The Real Jdbye: sup homos A moment ago
Chat 2