GBAtemp game of the week #54

GBAtemp's book game club is here despite the pre E3 buzz with the 54th edition.

The traditional what we are about follows
The DS, the GBA and the Wii all feature large libraries of commercial titles, homebrew code, rom hacks and things like leaked betas that in many cases still are still growing. Each edition we will make a selection from one of those (or occasionally something the DS can emulate well) and those that wish can discuss a playthrough of it (made then or in the past) or some aspect of the game they found interesting.
The top flight games of a system will certainly feature although to spare us repeating what every other site has done over the years the selections are not limited to it which has the nice bonus of allowing us to share some of the things that had some very interesting ideas but might have fallen slightly short come release.
Challenges or runs might well be posed (achievements have long been around but they were called challenges and runs and were often more interesting) instead of the main game or in addition to it and occasionally we will do a compare and contrast for a group of related titles.

Our initial selection in light of the last DS(i) game shown at an E3 was going to be Zelda 4 Swords for the GBA but even though it should be doable in the link supporting versions of the VBA we felt it a bit hard to set up and get appreciated. To this end we thought we would look at the other GBA Zelda title which was also set in the four swords universe. We mentioned the last time we did a Zelda handheld title that they sometimes sit a bit apart from the mainline/console series with the GB and GBC titles being held in high regard mainly as they tended not to be watered down ports or cheap cash ins like a lot of other cross platform titles and it held for this go around as well. This was the only original Zelda game on the GBA (the others were ports of SNES and NES titles) and in many ways history has overlooked it somewhat which is a pity so we are here now. Admittedly there is a reason history overlooked it somewhat as some of the mechanics (kinstones) were a tad clunky and in some ways the story had a definite sidestory feel to it but the dual worlds system returned with this time it being the miniature and full size world both active at the same time and being used to solve puzzles (some of which were a cut above the usual Zelda puzzles) that framed it and the game itself. To this end if you have not played it then you are missing out on one of the more interesting entries in recent times to the Zelda franchise. It also had the unusual distinction of being launched first (pre Christmas) in Europe and shortly after the new year in North America.

Japanese trailer (a variety of lets play and similar videos are available). 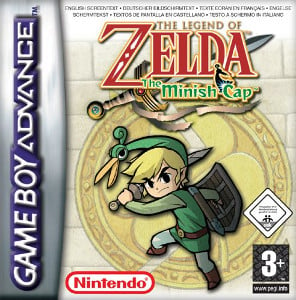 A somewhat overlooked classic or a departure from the greatness that was the GB and GBC series?[/p]

This game had some great ideas but overall it wasn't anywhere as good as the two Oracle titles or Links Awakening. Its really good nonetheless and if I'm honest I'll love to see a sequel on the Wii U as the I'd love to see what they could do with the shrinking shit. A lot better than the DS titles which were just ok.

What a lot of people don't talk about is that this game was developed by Capcom (like the Oracle games) and the director was Hidemaro Fujibayashi...who isn't as known as Eiji Aonuma but still directed the two excellent Oracle titles, Four Swords GBA and also the excellent Skyward Sword.
Reactions: 2 people

FAST6191 said:
A somewhat overlooked classic or a departure from the greatness that was the GB and GBC series?
Click to expand...

It's a steaming pile of crap. It is the pivotal game in the series where everything went to shit all at once, and the series has never recovered. Phantom Hourglass, Spirit Tracks, Twilight Princess, Skyward Sword -- I shed a tear for the ridiculous joke the series has become.

Being told the same thing over and over (which started in the otherwise excellent Link's Awakening) makes me want to hang myself. You picked up a small key, you can use it to SHUT THE FUCK UP FOR FUCK'S SAKE. 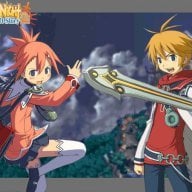 most favourite game, really enjoyed it 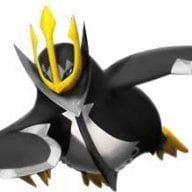 Location
The pits of Hell 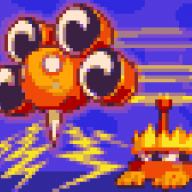 This was my first Zelda, and still one of my favorites. Probably the best handheld Zelda, despite its shortness. I'd just like to note that, if you haven't played this one yet and plan on playing it, play the North American version. It has some bugfixes and updates.

you can spend hours just farming kinstones in this
N

This is one of a handful of Zelda games that I've made it to the end of (others include OoT, WW, and TP - it should be noted that I made it to the end of ALttP but sucked too much to beat the game, and my progress in the Oracle games as well as Link's Awakening was wiped due to an emulator error). The puzzles were interesting, and the kinstones were actually kind of entertaining. There wasn't a lot more in the way of side-quests, but I managed well enough. I think I eventually had to use a guide to locate heart pieces because of the kinstones, but I didn't mind it. I'm used to playing Zelda games with a little bit of hand-holding when I go after the collecting aspect.

Anyways, the puzzles in this game were no more difficult than what we saw in the Gamecube and previous Zelda titles (I'll give SS that the one and a half temples I played were actually fairly difficult overall), but weren't mind bending. Then again, Zelda puzzles usually aren't exactly a test of great logic. They can only spice up the difficulty so much while keeping it accessible to people today. I found the difficulty to really be just right, though. The final boss was actually kind of difficult, and exploration, as well as other bosses weren't exactly a pushover. It may not seem so difficult to an old school Zelda lover who fought through the difficulty in the older titles, but it was certainly more of a throwback to actual difficulty that the series had been missing for awhile.

I fully recommend this to flesh out the GBA experience. It's so much better than the DS titles, that there's really no comparison.

Lily said:
It's a steaming pile of crap. It is the pivotal game in the series where everything went to shit all at once, and the series has never recovered. Phantom Hourglass, Spirit Tracks, Twilight Princess, Skyward Sword -- I shed a tear for the ridiculous joke the series has become.
Click to expand...

You are entirely too critical of the series. These games were never action masterpieces. The older titles make me want to break what I'm playing them on in half. There comes a point where difficulty stops being fun, and just becomes frustrating. By the by, are you calling the puzzles in the likes of OoT, ALttP, and the Oracle games difficult? Really? Each puzzle took a couple of minutes of trial and error on a bad day. The Zelda series has never been a puzzler. Really, they're some of the most linear titles out there, with minor roadblocks in an otherwise fairly solid, straightforward action-adventure series.

Now, Phantom Hourglass and Spirit Tracks are a far cry from what makes Zelda fun. With no button controls, DS gimmicks around every corner, and other flawed aspects within the games themselves, they're really barely worth playing once. I become scared for the future when people tell me that the DS Zelda games were good. Maybe under a different name they would have been respectable, but you can't stick the Zelda name on those games. They aren't Zelda. They don't play like Zelda. The games have each simply been worked around a basic Zelda plot.

Twilight Princess, I can't get why people didn't like. It had the best swordplay that I've encountered in the series so far (sorry Skyward Sword, but I wasn't as enthralled with the motion controls as others), and the darkness of the land is really interesting. In the end, it was still entirely Zelda in every way, and I wish people would stop judging it by the transformation aspect. You barely spend two to three hours in wolf form throughout the entire game. That's about 25 - 30 hours, with maybe 1/10 of them not being a sword wielding maniac. It's like when people say Wind Waker is bad for the graphics, or the (rather monotonous) sailing. Just shut the hell up and enjoy the games. No game is exciting 100% of the time.

I've got nothing to say about Skyward Sword except that it was enjoyable for what I played of it. I wasn't hooked, though.

The point of this is that being nostalgic doesn't automatically make games bad. Most games these days have some form of hand-holding in the form of characters that won't shut up if you dare stray from the very set path. It isn't a new concept. Nintendo is just smart enough to realize that they shouldn't try to appeal to the nostalgia nuts, but rather to the newer generations. Thew newer generation has been spoiled, and if Nintendo doesn't account for that, they don't sell games.
Reactions: 1 person

Hadrian said:
What a lot of people don't talk about is that this game was developed by Capcom (like the Oracle games) and the director was Hidemaro Fujibayashi...who isn't as known as Eiji Aonuma but still directed the two excellent Oracle titles, Four Swords GBA and also the excellent Skyward Sword.
Click to expand...

I fucking love the 3 Capcom's Zelda titles. Oracle Of Ages is one of my favourites (if not the favourite) Zelda games.
I didnt knew fujibayashi directed Skyward Sword

really nice game and the only zelda i finished. i actually played this whole game twice bcz i lost my save just towards the last castle.
definitely enjoyed this more than phantom hourglass bcz this was more original with good controls.

Mega Man World DX, a colorized romhack by Marc Robledo, has been released

@ M4x1mumReZ: An ASUS BW-16D1HT or a compatible drive from Redump is recommended if you cannot find a Plextor. A moment ago
Chat 0