EverlongNDS and I were talking about a great idea. What if someone could make a homebrew application specifically for browsing GBAtemp?

Features:
-When you start up the app, it asks for your sign-in info and your connection method (automatically connect from firmware settings or manually connect)
-Top screen has buttons to go to your portal, the forums, reviews, your inbox, etc.
-Bottom screen loads your topic.
-The most recent Wiki and Portal additions get downloaded as soon as you log in for offline access at a later time. (Download to /GBAtemp on your card or something) (Delete Portal additions older than a week but keep all Wiki additions) (Each new version of the app, include more recent files for the Wiki to save on download time)
-On the bottom screen, the portal would load but all the headings would be in collapsible boxes (Just text and scaled-down images to make things incredibly fast). Just tap Show to show the contents of the respective heading.
-In the forums, have them load as normally as a web page would load in a DS browser. Strip photos (strip icons and avatars anyways and scale down photos included in thread posts) as they are pretty much unnecessary.
-To switch between the contents of the bottom screen and the buttons to go to other places in GBAtemp, hold L or R (right- and left-handed compatibility

)
-To scroll up/down, use the up and down buttons. For pages with lots of content, the longer you hold up/down the faster you scroll. For left-handed compatibility, make X and B do the same thing as up and down.
-To go back a page, press left. Alternatively, you could also press Y to do it.
-To pop open an options menu (same sliding effect as the menu in DS Reader?) (options such as language select), press right or A. Press the same button to close it.

...And that's all we could think of for now. Well, what do you all think? And can someone take a swing at trying to make this? Both EverlongNDS and myself have next to no experience making homebrew for DS. 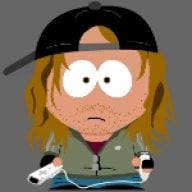 WE have put a lot of thinking in this because:

- all of the tempers that have a DS in here find themselfs,at least,ONCE A WEEK, wanting to visit the site while drinking they're coffee on the mall or a coffee shop with wifi, but they can't because the site its too heavy for the DS.

-Its great for this comunity if something like this is done, i think its pretty unique

-I we finally can acess GBATEMP will drinking my coffe in the mall! YAY:yayds:

So please Tempers,fell free to give you're opinion,and the ones who want something like this to be created,HELP US by givingmore and more ideias, and make this a stickie.

Thank you for reading this thread,and leave your opinion!
O

I'd imagine if GBAtemp was going to take this seriously then they would have to make a seperate site for it.
Specifically for the DS and PSP and those sort of consoles.
It would have to be alot simpler and done without Javascript, just all through PHP and HTML.
I could be done, but it would be hard and take time.
But I'm sure if they were really keen and lots of people were going to help it would happen.
If it does get to that stage, I would be keen to help.

I would help as well if I could. However, I'm not taking HTML and PHP until I go to college, 6 months away.
X

I don't think it is going to happen because the site is too heavy for the DS, and making a seperate would take way too much time and work.

XRacer101 said:
I don't think it is going to happen because the site is too heavy for the DS, and making a seperate would take way too much time and work.
Click to expand...

Well, it would take time, but if someone really buckled down and did it, it would be amazing. I mean, a very large amount of GBAtemp is about the DS, so having a port of the site made for the DS would just feel right.
B

Rather have a mobile phone version (not iphone really) first. Most people use the DS browser as a novelty rather then a reliable browser.
X

*Spurts coffee out of mouth and into somebodys face* a homebrew made by gbatemp? I'd like to see this.
O

Well if it was to be made, you could pretty much just use a port of Power Invision Board.
So it still connects to the same database and everything.
But of course they wouldn't transfer all functions over.
Or maybe even just use the Invision Power Board libraries.
This wouldn't be that hard, it would just take time.

QUOTE said:
Rather have a mobile phone version (not iphone really) first. Most people use the DS browser as a novelty rather then a reliable browser.
If this was made it would double as a mobile browser.

QUOTEI would help as well if I could. However, I'm not taking HTML and PHP until I go to college, 6 months away.
Click to expand...

Ha ha, well you could still help, it's not that hard.
Even if you used a WYSIWYG or something. (Just not Frontpage, nobody likes Frontpage!)

Oh man, Frontpage is so fail.

Well, you could use the same method Opera uses for mobile phones which don't have a lot of processing power or RAM. Opera Mini uses a transcoder server to handle accessing web pages. Basically the app connects to a transcoder server which makes the actual request to the site, retrieves the page and then transforms it into a format the app can easily process using low RAM and processing power. In this case, the Opera Mini transcoder servers process the HTML, Javascript and images (After it compresses them) and converts it to compressed binary data which it returns back to Opera Mini to process. This roughly cuts down the page size by 80-90% of what a normal browser would receive.

So a good browser app for the DS would be feasible but would be a bit of work and require a transcoder server to actually handle the more resource intensive stuff. Though you can cut down on a lot of the work by using a pre-made HTML renderer/processor like WebKit. WebKit would actually be a very good choice as its the renderer Safari, Konqueror, the iPhone and many other browsers use to handle HTML, Javascript and other such data.

So in the end its possible, though will someone actually take up the time to do it?

If someone did take the time to do it, it would be incredible just to show your friends that you can go on GBAtemp on your DS. It'd be even cooler if it was from within its own homebrew app. I know that I would use the GBAtemp app to check GBAtemp more than I would use my laptop simply because this friggin thing gets so damn hot.

The DS would make things a whole lot quicker. Hell, even for checking the Wiki it would be cool if it downloaded from there. If you needed a quick review of flash cards or something (say you found a few for sale in a store and wanted to cross-examine them on the fly) you could just whip out your DS and read the GBAtemp Wiki you downloaded to your DS earlier that day. 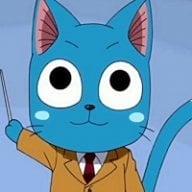 Well, if we're talking about making a different "portable" version of GBAtemp, then this won't happen ever, or not in next several years for sure..
Our admins and technician staff are very busy with constant improving of the site, and having two sites for handling won't help them much!

They are just too busy with their own lives and handling GBAtemp as is..

If you think about someone making a homebrew application that will be the same as Internet Browser but limited (and adopted) to GBAtemp, then it is very possible, but again, nobody from the staff will be part of it (at least not from the beginning) just because they are too busy at the moment, and finding someone who would code something like that will be very hard..

If such project ever begins, we'll be happy to support it in any kind of way we'll be able, but for now, I just don't see that happening..

Although, I LOVE THE IDEA, and I'd really like to have something like that on my flashcart! It would be used a lot too!

Well when I go to college and I get more experience with C/C++, I will be more than glad to start/contribute to this project.

If any coder with free time in is hands wants to contribute in this, just contact anyone posting in this thread!
O

Hey, wait, if I think this through then GBAtemp won't even need to make anything.
What needs to be done is pretty much code a program that connects to GBAtemp and reads it like a browser.
Then it looks for the div tags of topics and stuff and just reads them.
So, it probably doesn't even have to involve PHP, just C++.

IIRC, there was a mobile version of the site before, like a year back...
It has been down indefinitely, and it was basically the site formatted for mobile phones, with the latest releases and such. It was supposedly being worked on that you could post from your phone, although i think it was never actually implemented.

Well, it was a mobile version of GBAtemp for that time, and i used it a bit while like walking on the street. Can't the admins just repost the site up on another server or something? Im sure you still have all the code and stuff (i have no idea what i am talking about here).

So yea, there was a mobile GBAtemp for like a month, but almost nobody used it. Was basically GBAtemp formatted for tiny screens with no images...

I still think a web 2.0 method would work nicely, or some javascript. It wouldn't be as hard and time-consuming as actually making a whole application. I mean, you could get bunjallo and set that as your homepage. Voila, a GBAtemp app.
Your idea seems nice, but this will not happen for a long time, mostly because it is not an easy job to do.

Did you know about these GBAtemp settings & tweaks?

@ M4x1mumReZ: You wish you had one in the Metaverse. A moment ago
Chat 2