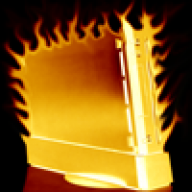 i believe he used GBAATM.


I personally have not had any luck with cheats on Mother 3, so you are on your own with this. 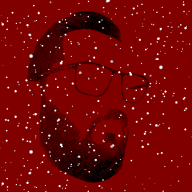 hi.. i got some questions about the GBA cheats...
first: is there anyway of converting these .CHT to .clt ?? (for the VBA emulator)

second: do you have codes for english patched "Fire Emblem The Sealed Sword"???

Just letting you know, that I really appreciate the time and effort you are putting into this. My brother LOVES to cheat in his gba games so this will definitely come in handy.
P

Did you alreadt translated "0041 F-Zero Maximum Velocity"? Because I couldn't find the translation one in your zip.

not sure, but what is the release number of that game?
P

0041, I saw you wrote in the first page "Translated Cheat" so I thought somebody already translated it.

i didn't wrote that and also i just checked, that file isn't in the zip, u might have downloaded the untranslated zip .
P

Well, where is the translated zip then? I download the first two but they didn't have it.

Also, codes for Castlevania - Circle of the Moon and Castlevania - Aria of Sorrow don't seem to be the right code. I tried hundred times but never get it work. Can someone double check them please? I tried to use Cheat code converter but it's always crash on me. http://www.m3wiki.com/index.php/GBA_Cht

this 2 should be the one u are looking for:

Anyway, while this contains translated cheats, the untranslated ones are here as well...
P

Yeb, I did download them. They don't have "0041 F-Zero Maximum Velocity" whereas it was stated in the first page that it was already translated. Somehow both of zip files don't have this game.

patz said:
Yeb, I did download them. They don't have "0041 F-Zero Maximum Velocity" whereas it was stated in the first page that it was already translated. Somehow both of zip files don't have this game.
Click to expand...

well, that's cos the game hasn't been translated till just now

So what does "Translated Cheat" in the first page mean if it hasn't been translated till just now?

I wasn't being sarcastic or anything. I really wanted to know what does it mean in the first page when it said "Translated Cheats". Because a lot of cheat files seem to be translated but were missing in the zip files. So, "Translated Cheats" doesn't mean anything, right? This is confusing.

Sorry if I made you misunderstood and thank a lots for your time. It really helps people who don't read Chinese.

patz,
fair enough! i was strong with my words either
i will appologise to you
SORRY!

Hey guys, I took a look and he's right 0041 isn't in the "translated" cheats, it is however in the Chinese "un-translated" package. I think we somehow skipped a few of the earlier cht files, it's probably best if we go back and start from the first release, find any that we missed, try to translate them, and add them in. I do know that a lot of the earlier ones had terrible "engrish" translations to begin with from whoever originally tried to translate them (g6 team???), but since we have the original Chinese collection of cheats they can all be re-translated at some point (which is why I put the Chinese pack up in the first place.) Nobody get in a rush, and anybody complaining that cheats are missing just have some patients. There are a ton of cheats that we have to translate and rename and doublecheck, etc. If you notice anything missing or badly translated or anything else just make a note of it and we will try to get to it. If you are on the translation team, you guys rock! Keep up the good work at whatever pace you see fit. I for one don't put this project as my #1 priority in life, and I don't expect anybody else to either. We've already done a lot to the whole collection and it's really only a matter of time before we get everything nice and neat.