Misc forcing the wii to use WPA?

I have been pulling my hair out for the last 4 hours trying to do this, I changed my router settings, turned off the fire wall made it unsecure EVERYTHING nothing will work!


I got sick and tired of this crap. My 360 and ps3 can use them just fine but WEP is for noobs is why they used it. WEP is outdated and old.

Is there ANY way to force the wii to use WPA? it would really really help!

First off, did you go into Wii's settings and change Wireless settings?

Next what encryption method is your WPA using? TKIP? AES?

I went to my wirless settings and tried to do it manually still no go.


And I am not sure I changed it but the problem was it kept randomly kicking me off my internet and it was getting irritating going into the next room over and over because I had to connect my PC to my router I tried taking security off, changing it to WEP but when I did that I coulden't conect online so that's a no go. also my laptop with windows 7 can't use WEP but my XP can I think. everything but my wii uses WPA and the wii isn't going to get special treatment because nintendo is incompetent.

But like I said my laptop keeps bouncing me off the net, now without the security,changing the channel, and my firewall off it seems to work ok but the wii still won't find the connection
P

I have a wifi at home with WPA2, my Wii works fine :/ Dunno what the trouble is. The DS can only use WEP, but the Wii is fully compatible with WPA and WPA2.

Do you get any error messages? Can you connect at all?

well sometimes VERY rarley it shows up and I connect but still no go when I try the connection test...But yeah I use a SMC router. Just got my internet yesterday and configured as much as possible nothing will work,

can someone please help?

1 - Go into MSPaint.
2 - Draw a few layouts of your house to show us where the router is and where all your devices are, as well as what type of room each room is (kitchen, bathroom, bedroom, whatever).

That isn't the problem. both my laptops work now. and my 360 and ps3 work fine. I set my router to b/g mixed. set the channel to 6 and it works...SORT OF it sometimes connects but when I connect test it will not work and sometimes won't show up at all when I look for connections. So it does work with WPA...

If your wii can see your router in Internet Settings, then it should connect no problem using all presently available comsumer-level wireless protection types.
If it can't see your router, then move it closer. Remember Nintendo are cheap so just because your 360, PS3, and/or laptop can reach your router is no guarantee your wii can.

Put your laptop right next to your Wii (ON THE FLOOR IF IT'S ON THE FLOOR), and see how well it works, because there may be interference only in the Wii's specific area.

That dosen't matter my 360 and ps3 are all right beside eachother and the 360 and PS3 connect fine.

Are they right next to the wii?

Have you tried moving them away?

I even tried using the mac filtering method and nothing works still.


I told you that dosen't matter. my wii is between my 360 and PS3 yes but that does not matter.

If you knew everything you wouldn't have a problem. 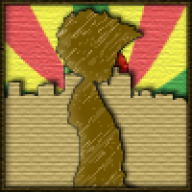 OMG I think you have contracted the dreaded PEBKAC virus! j/k

You might get better results if you stop saying "I told you that doesn't matter.", if someone is helping you then being rude will surely make them stop.

I have WPA2 Personal (AES) working for me too. What channel are you using on the router and can you take the wii out from between them and place it on the side closest to the router.

Ex. if you look from left to right and see: 360|Wii|PS3|Router then move them to be 360|PS3|Wii|Router, or even better unplug the other two from the power outlets. this really could just be some kind of a signal issue and doing this might help.

If you can try and take the wii to someone else's house and see if it works or try a different router. Just because the router is working with other devices does not mean it is not the issue. Trust me I have seen weirder things!

It works now but I have no idea why. I set the router channel to 1 it works for now....gonna try a connection test later. been playing online since though.

Chances are that as channel 6 is the default for most routers, that channel must of been the busiest in your area. As others have already mentioned, the capabilities of the Wii are not the highest in comparison to other devices. Moving to a less congested channel may have been enough for the Wii to cope with negotiating successfully with your Wi-Fi router.

For future reference, there is a great free trusted app called inSSIDer that you can run on your PC. It surveys the WiFi situation, and tells you how many Wi-Fi signals are in your area, what channel they are on, and their individual signal strengths. Using this program you can switch your router to the the channel that has the lowest signal strength in comparison to your own router to obtain the best results. Just be sure to use only channels 1, 6 or 11 as all the other channels in North America overlap and don't provide a clear advantage.

well actually I would not say only use 1, 6 or 11. If you do a site survey with (insert your favorite app here) and see that there are people in those ranges then why not use something in between. Me personally I have people around me all over the spectrum but especially in 11, 8, 6 and 1; with this in mind I use channel 3 and get great signal with it.

Each person should tailor their choice to their area. You are correct that they will overlap but if you have a situation like mine where 3 is between 6 and 1, then you can use it. As long as everyone is not online at the same time you should at least get a clean signal in the 123 or 345 range. Then again if everyone is online at the same time then in my case it is pretty crazy anyways.

Bricked unmodded WiiU during update, no backups - next steps?