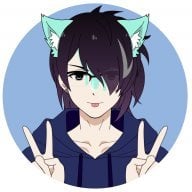 My concepts so far:


Including allowing units such as byleth, manuela, shamir, catherine, etc to compete in month 12’s White Heron cup.​
Dancer outfits are already available to forcefully put on every character, so I know the models already exist.​


I am aware that same sex options are available by exploiting your save to have a temporarily included opposite-sex byleth during the final month. I know the goddess tower scene uses your same sex byleth already, even with this exploit, the difference in making this into a mod or hack is that it would not be an exploit but instead an already allowed option.​

Examples from fans have been already made: Dimitri, Claude (I am a new user so links cannot be shared but PM me if youre interested)​

Allow for more customization with the character appearances controlled in NG+’s journal.