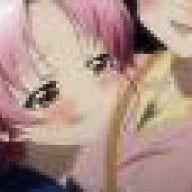 Have you ever heard of someone who is famous? on the internet?.... or sort of famous any way...

We have a lot of groups out there for different causes...
N

Fansubbers are drama queens because they're hardcore otakus on the internet.

Also, you can say "shit" if you'd like. As far as I can tell, there's only 1 word not allowed on GBAtemp, and I doubt you'll ever need to use it.

they do it because they can

TehSkull said:
Fansubbers are drama queens because they're hardcore otakus on the internet.

Also, you can say "shit" if you'd like. As far as I can tell, there's only 1 word not allowed on GBAtemp, and I doubt you'll ever need to use it.
Click to expand...

Yes they can be queens/kings... and I use censor because some forums dont care others will crucify you -.-


prowler said:
they do it because they can

also fansub trolling is the best kind.
Click to expand...

after being on the bad end of 28 different lawsuits in the last couple years (all but one I lost by the way). there are some really good reasons for those things you are bitching about.
watermarks can be very handy way to mark you work. so that even though the other imagery behind your work isn't technically yours you can still say hey thats mine. which is important if the actual copyright holder decides to use your translation officially. some would argue that hey I did a service if you are going to use my translation of your work shouldn't you ask me? by not asking and using it anyways, worse suing you for having done the work in the first place you have a nice way of claiming things legally and internationally with your "watermark". which if anyone who does that reads this make sure you actually use your own real-life signature somewhere and a date. as that adds authenticity to your claim. not some group mark unless you have that group mark copyrighted...
Though i should say that I now only fight back when they are being dicks and suing me for leaving MY work up after using it themselves.

As to the donate to get the patch well there is a really good reason for that too, but not one you are not gonna like. As soon as it was suggested to me I declined. I soon thereafter received a very long and interesting document that came down to this: take your stuff down or pay or go to jail or all of the above you will understand why I declined. the payment system wasn't a means for me to earn money in fact the whole payment system was going to be run by the company who owns that game. they were going to use that payment system along with stuff inserted into the patch to track down and litigate any "pirates". So if you are one of those people who "bought" the patch but are a pirate and you are wondering why your ip and any people who use that ip keep getting spammed with discount offers to buy x games, don't wonder too much as to why. (they are watching you and worse they legally have a reason to do so, just by your buying and using that "illegal" patch).

As to the movies I don't do that type of thing as I fully support the movie industries right to profit. (my whole acting career....) Games don't quite put as much money into their own development as movies do. It works just like programmers logic does. buy the game/movie let them make some money to support the next game/movie, buy that game/movie etc... pirating you cut the profit chain.

The aforementioned discount spam is there for several reasons. one to track you and the other to see if you would spend actual money if it was just a little cheaper. they may not even prosecute you unless you badmouth their product after pirating it. If you continue to use the product and say good stuff about it - thats just marketing. one more person giving good advertising for your product and better for the cost of letting them use it. which to some isn't a big deal.