Ok...I had a PSP-1000, with a memory card with just about every old system's emulators other than the PS1 and Atari. The emulators still work on there just fine. However, the start and volume buttons started pressing voluntarily, and when I start the emulator, other directional buttons began to act as if another direction were pressed. So, I went on ebay and purchased a modded PSP for $29 that is firmware 6.37. They said in the description it was a PSP-1000, but it turned out when I got it to be a 2000. However, it didn't come with a memory card like was implied in the description, and I plugged in the one I was using for my PSP-1000, and all of the emulators are not working. It says "data corrupt" on the PSP-2000 I just bought, while when I try the same memory card on my old PSP-1000, the emulators work just fine.

What on earth could be the problem? How can I get these emulators working ok on my new PSP-2000 so I won't have to go through the trouble of returning it?
S

Good lord...I don't know why nobody on any of these PSP boards want to help me with a simple question I am asking. My whole month has been extremely rough, and I don't need this.

Probably because when new members request help they leave as soon as they get it without ever saying thank you?

Your PSP 2000 is probably running PRO CFW which requires an app to run before it can run unsigned code which in your case would be your emulators. What you should do is uninstall whatever CFW you're running, update to 6.61, and run PSPIDENT to determine what kind of CFW your PSP can install. If your PSP 2000 is fully hackable I'd highly recommend the ME CFW. If not you'll want to use Davees Infinite CFW. I'm sure there's a few threads around here than can help you with everything.
S

Thank you so much for the help!
Reactions: Vanth88 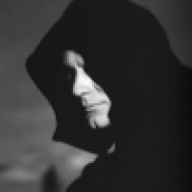 and if you want a list with latest emulator for psp you can find in wololo:
http://wololo.net/emulators-for-the-psp-ps-vita-the-ultimate-download-list/

L
Custom Firmware freezes PSP 2000 and when I restart it the version is still 6.61 and has not updated